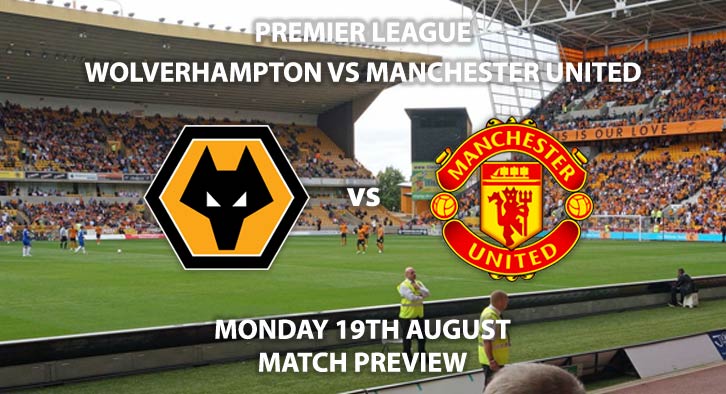 Manchester United will be hoping to back up their win over Chelsea last weekend when they take on the top-six giant slayers Wolves at Molineux.

The Red Devils got their season off to the perfect start at Old Trafford, thumping Chelsea 4-0. Ole Gunnar Solskjaer’s men were clinical in attack and resolute in defence throughout. Harry Maguire got his United career off to the perfect start with a clean sheet. The Englishman looked at home in defence alongside Victor Lindelof. Aaron Wan-Bissaka was similarly impressive and looks like he will burst up and down that right flank for years to come. His energy and athleticism is something United have missed for years but his defensive capabilities shouldn’t be underestimated either.

Marcus Rashford and Anthony Martial created a lethal duo in attack. The fluidity of the pair, constantly interchanging between the centre-forward and left-wing role makes them a nightmare to pick up. Their pace and willingness to run in behind also makes the jobs of Paul Pogba and Co much easier. Martial, back in the number nine shirt, look much more at home down the middle, briefly interchanging with Rashford. With Alexis Sanchez and Jesse Lingard also offering options in those roles, United shouldn’t miss Romelu Lukaku too much, providing they’re not unlucky with injuries.

Wolves will have a tough job improving on last season’s seventh-place finish. That saw them creep into the Europa League and only Torino stand in their way from reaching the group stages. They kicked off their Premier League campaign with a 0-0 draw with Leicester City, although they had Leander Dendoncker’s goal controversially ruled out for handball. Last season they were the team none of the top six wanted to face and took four points off United.

Wolves’ starting XI is brimming with quality but I have concerns about their lack of depth. If they pick up a few injuries, they could struggle and they will have to rotate the team more if they’re in the Europa League. Playing Thursday-Sunday is tough for a club of their size. As a result, they may have some off days off the back of long European away trips but they should be fit and firing for this Monday night clash.

Jon Moss is the referee for this match. The Englishman racked up an average booking points total of 39.6, across 39 Premier League matches last season. With that in mind, I would recommend a maximum of 50+ booking points for this fixture.

This will be a real test for United, who were clinical in both boxes but didn’t wipe the floor with Chelsea for 90 minutes. Wolves’ record against the big teams stand firm and therefore I think they’ll get something from the game.

Wolves vs Manchester United will be televised live in the UK on Sky Sports Premier League HD with kick-off at 20:00 BST.