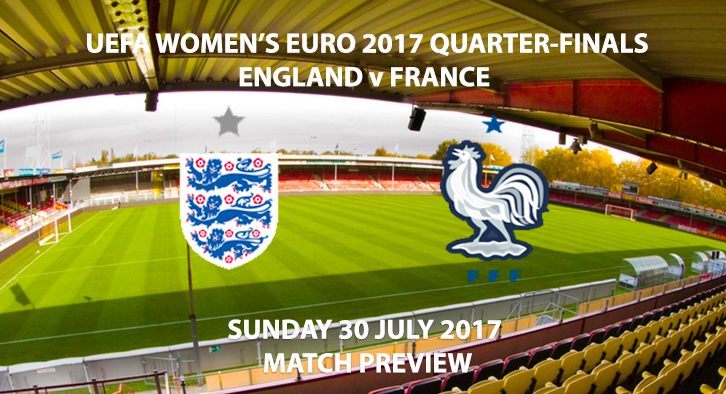 England vs France – Match Preview – England Women face France Women in a mouthwatering quarter final tie at the 2017 UEFA Women’s EURO’s. Mark Sampson’s England side topped Group D with three victories over Scotland, Spain and Portugal. France seemed to show frailties in Group C, scraping through in second place behind an Austria side that held them to a draw in the group stages. England will have hoped for an easier tie in the quarter final, as France are one of the tournament favourites despite their average showing so far. 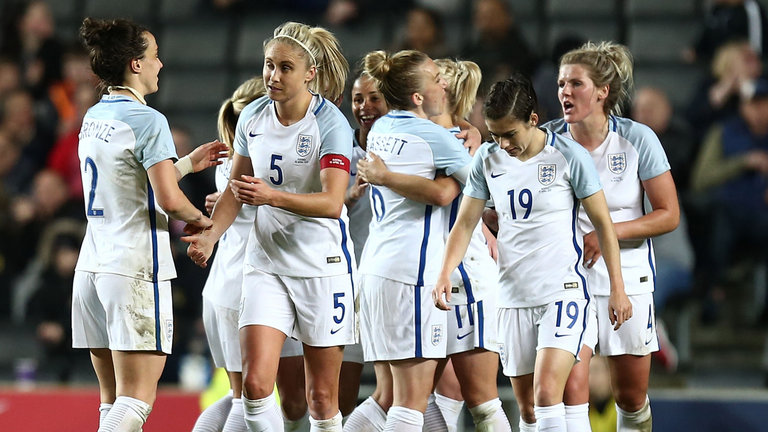 The ‘Lionesses’ have shown a ruthless side to their game so far at the tournament. England have scored 10 goals in their three matches; six of them coming against a Scotland side that seemed to crumble under the big lights. Confident they would qualify, Sampson made 10 changes for their previous outing against Portugal in an effort to rest his strongest eleven for this match, a good decision as they drew France. Jodie Taylor has stolen the spotlight so far having scored 4 goals in 2 games spearheading an experience and dangerous attack. Chelsea forward Fran Kirby has been the catalyst to England’s attack with her flair and composure in the final third. Can Sampson’s ladies continue their rampant form in this tournament by knocking out one of the favourites?

As aforementioned, France have been a shadow of their former selves so far in this tournament, only showing their class in small glimpses. One victory and two draws was unexpected from the French, who struggled to convert their chances in front of goal and let the other nations control the tempo of the match. Midfielder Amandine Henry scored a vital goal in their 1-1 stalemate with Group C winners, Austria. Her steady, calming style of play will be crucial to the French in the quarter final if they are to compete against the abrasive English midfield. Attacker Elodie Thomis has also impressed at club level this past season but has yet to showcase her talent at the competition. If she finds her feet it could spell trouble for England. Can France turn around their tournament after a less than convincing start?