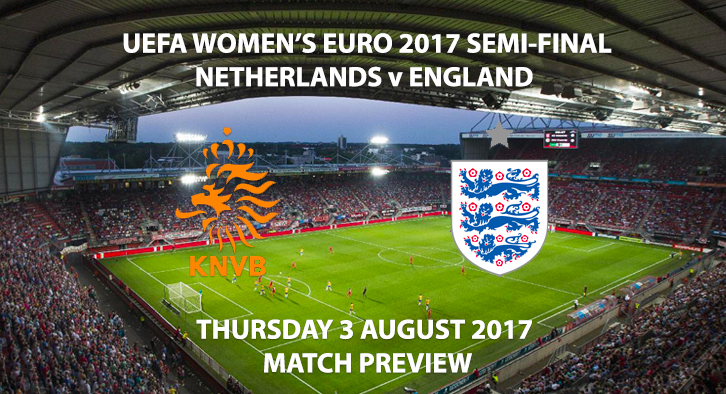 Netherlands vs England – Match Preview – England face hosts Netherlands in the semi-final stage of the UEFA Women’s EURO 2017. Both sides have won all their matches so far in the tournament, with two good crowd followings behind them at their matches.

Netherlands won all three of their group stage games; overcoming Norway, Denmark and Belgium. The host nation has continued to impress past that stage, beating a strong Swedish side in front of a sell out crowd in Doetinchem.

Mark Sampson’s England side cruised through Group D, topping the standings above Scotland, Spain and Portugal. The ‘Lionesses’ then went on to beat France in the quarter-final in a tight and tense affair. Striker Jodie Taylor’s goal was the difference as she has added yet another to her tally in a promising bid to win the tournament’s golden boot award.

Netherlands have given the home crowd much to cheer about since the first whistle was blown. The creative attacking three of Martens, Miedema and van de Sanden have been fantastic for the hosts, and can cause the English defence a lot of problems. 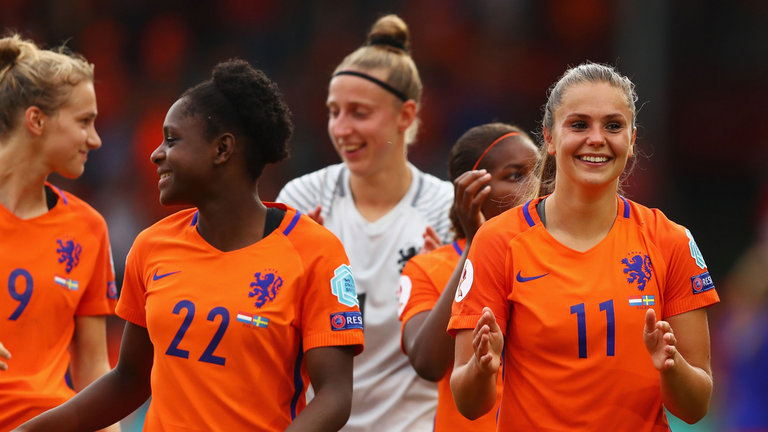 Lieke Martens will be a threat to the England defence with her pace and creativity Photo Credit: skysports.com

Left sided attacker, Lieke Martens, has been one of the most dangerous attackers at the tournament. Her sheer pace and danger when she cuts in on her right foot has seen plenty of full-backs left for dead, whilst Vivienne Miedema of Arsenal has been the physical, clinical presence that has been required up front. With the backing of a home crowd, can Netherlands continue their perfect summer? 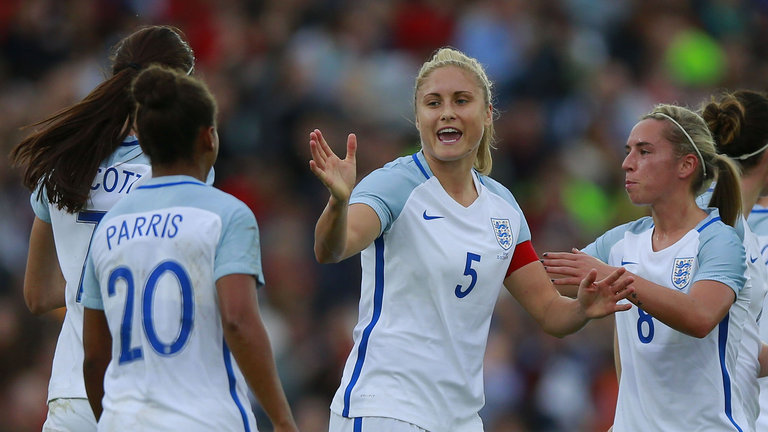 Egland captain Steph Hughton will hope she can lead her team to the finals Photo Credit: skysports.com

England have been one of, if not the most impressive team at this tournament so far. Mark Sampson’s tactics have seen his defence concede once in four showings; the same as their semi-final opponents. Captain, Steph Houghton, has been a leader on the pitch commanding the best from her defenders whilst producing a solid base for England at the back.

Striker, Jodie Taylor, is in the form of her life so far at the tournament having netted five goals in three appearances. One to never miss the target, Netherlands will have to keep her on lock down if they are to have any chance of keeping a clean sheet.

Can the ‘Lionesses’ continue an already incredible summer for English national sides by qualifying to the final?