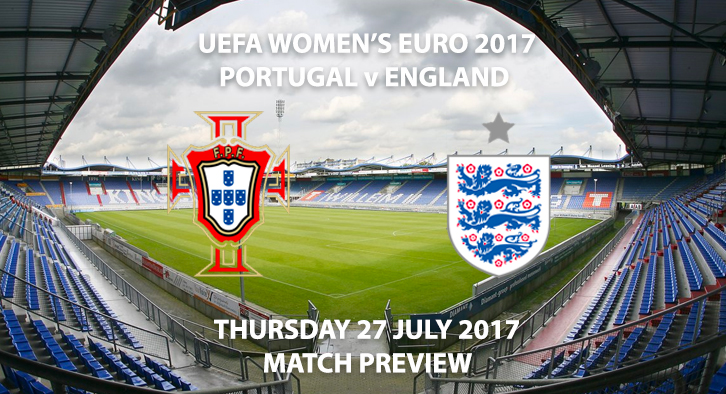 Portugal vs England – Match Preview – England will face Portugal in their final group stage fixture at the 2017 Women’s EURO’s where they will be looking to secure top spot in Group D. Mark Sampson’s side are yet to concede a goal in the tournament and have scored eight in two matches. Spain came close to breaking down the tough English defence led by captain, Steph Houghton, however failed to do so. Portugal overcame a tough test against Scotland where a late counter attacking goal gave them their first win of the tournament, despite having spent plenty of the match on the back foot.

England have been the most impressive team in the tournament so far. Their clinical attack led by poacher, Jodie Taylor, has delivered plenty of creativity and goals thus far. The Arsenal striker has scored four goals in two matches and currently leads the tournament golden boot standings. She has been supported by attackers, Ellen White and Fran Kirby who have also had no trouble finding the back of the net. 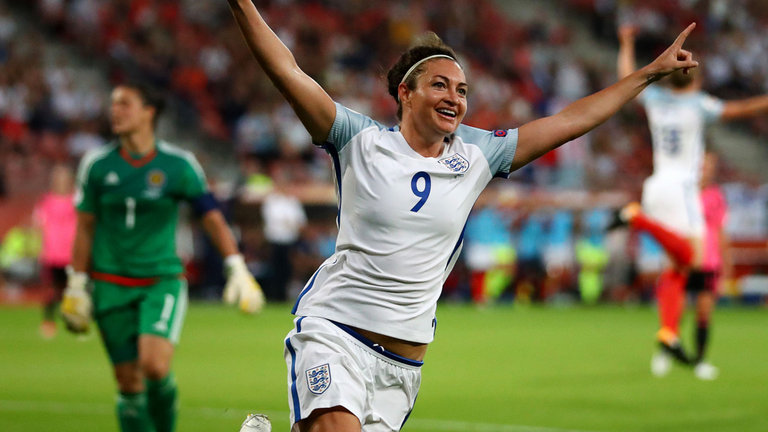 Jodie Taylor tops the scoring charts in the tournament so far with 4 goals Photo Credit: skysports.com

England have illustrated their strength and depth with midfield and defence also impressing. Centre midfield rock, Jill Scott, continued her impressive form following the Scotland victory and defender, Lucy Bronze, has continued to showcase her attacking ability down the right side. All in all, England shouldn’t have too much trouble dispatching of this rather underwhelming Portugal side. 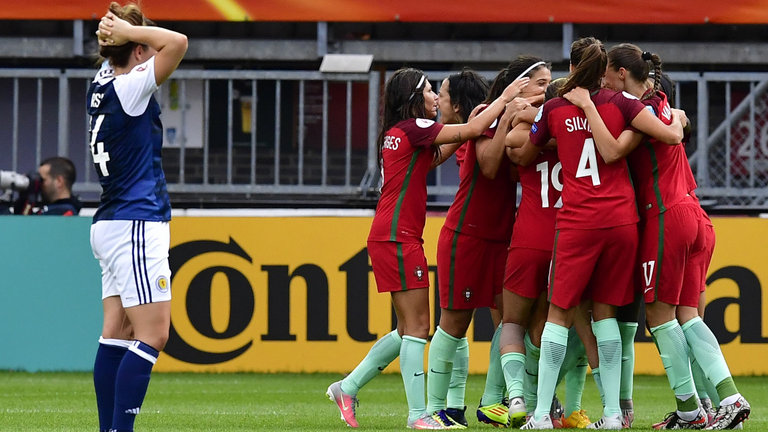 Portugal scraped through victory over Scotland in their last game Photo Credit: skysports.com

Portugal most recently took to the field against Scotland, where they narrowly won 2-1. The Portuguese seemed to struggle to string many passes together and were only dangerous in counter attacking scenarios. Scotland were able to give Portugal a tough 90 minutes where they were on the backfoot for plenty of it, so England will be another level all together. Trindade Coruche Mendes’ pace was Portugal’s biggest outlet, however were lucky Scotland were not clinical enough and squandered easy chances.

Portugal, like many nations at this tournament, are appearing for the first time. Manager Francisco Neto, has expressed his delight that his team were able to salvage three points in their first major tournament and will also believe his side have a good chance of qualification. Can Neto and his side create more history?