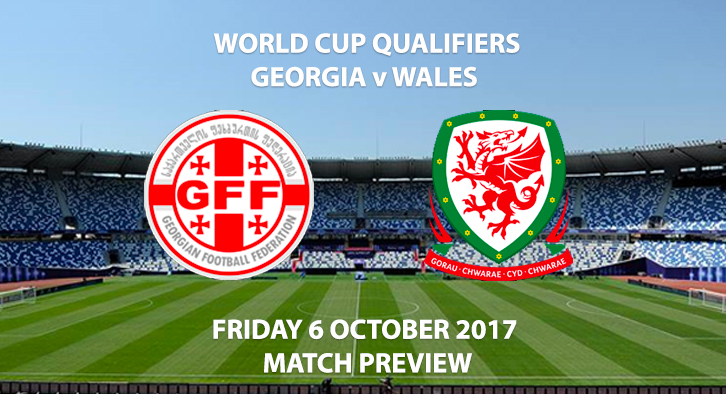 Georgia vs Wales – Match Preview – With just two games left of the qualifying campaign, Wales desperately need to secure victory at Georgia to maintain any hopes of reaching the 2018 World Cup in Russia. Despite not losing a single qualification match so far, with 14 points from 8 games, realistically Chris Coleman’s side need to win both of their remaining fixtures to stand any chance of qualifying.

Serbia, with 18 points, have all but secured 1st place and qualification in Group D, leaving Wales and Republic of Ireland to battle it out for 2nd place and a potential play-off spot.
Even that play-off spot is uncertain at present, however, as one of the nine groups’ 2nd place teams will miss out as eight progresses – Wales are currently bottom of the nine-team table which is comprised of points achieved against sides that aren’t last in each team’s respective group.

It sounds complicated but the matter of fact is simple, Wales need to win in Georgia.

The task will be made even more difficult following the revelation of star man Gareth Bale being ruled out through injury, and for the crucial, potential winner-takes-all final match against Ireland too.

Vladimir Weiss’ side are notoriously hard to break down and will provide stern opposition, but have no victories to their name in this qualification campaign – despite earning draws against each of the top three sides in the group, including a 1-1 draw in Cardiff in the reverse fixture in a stellar performance which could well have obtained the win.
Expect a tough battle with both sides prioritising defence, however Wales will hope they have enough quality in the side despite Bale’s absence to get over the line and remain in the hunt for a first World Cup appearance in 60 years.

The headline is inevitably Real Madrid forward and Welsh talisman Gareth Bale’s exclusion, but now he has also been joined on the sidelines by Norwich City’s Marley Watkins – they have been replaced by Barnsley forwards Tom Bradshaw and Ryan Hedges as Wales look for supplementation in attack. 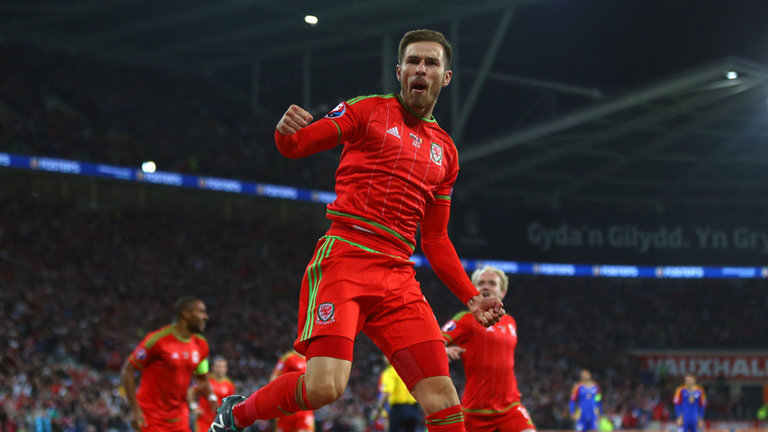 Ever since Aaron Ramsey’s inclusion for Wales at the tender age of 17 in 2008, he has had a large portion of the nation’s hopes on his shoulders – but the 26-year-old consistently delivers. The playmaker will hope he can continue his recent surge of form at club level with Arsenal onto the international stage for these final two crucial qualification games. At his best there is no facet of the game beyond Ramsey, but above all else he instils belief in the rest of the team and is a driving force behind the passion and intensity in the Welsh game. Such qualities are pivotal in emerging from international matches such as these with the win.