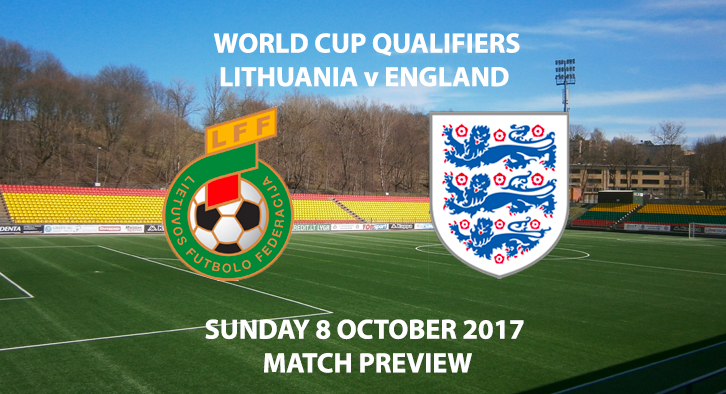 Lithuania vs England – Match Preview – After England’s dramatic last-gasp victory over Slovenia last time out, The Three Lions have secured their place at the 2018 World Cup in Russia. Can they finish the qualification campaign in style with a dominant performance over Lithuania?

Lithuania have only picked up the one victory so far, against group whipping boys Malta, so expectations will be understandably high as Gareth Southgate will look for a better showing than the sluggish 2-0 win in the reverse fixture. There are places at the World Cup at stake.

Slovakia, Slovenia and more notably Scotland all have a potential play-off spot to battle for but once again, England have qualified for the World Cup with relative ease, despite not being wholly convincing in the process.

There have been positives, however, the scintillating form of Harry Kane – with yet another crucial late goal on Thursday night – alongside the team’s general resilience makes for good reading. England have scored three injury time goals to claim points in this qualification campaign, and battled to gain something from the match against Scotland, Slovakia twice and now Slovenia.

An impressive defensive record is another highlight of the group; no European team has conceded less than the three England have let in. The solidity at the back has been paramount in the side, once again, not losing a single match in the entirety of the group to date.

With Southgate saying that many of the current squad selected have not earned their place or do not deserve to be there, an extensive absentee list is highlighted. This means that places are surely still up for grabs on the plane so an outstanding performance could give the ex-England u21 boss a much-welcomed headache moving forward.

There is no reason to suggest this match will be anything other than a classic England game, the opposing side will sit deep and attempt to frustrate The Three Lions, but, even if not exhilarating, England will eventually break Lithuania down and do enough to claim the win. A clean sheet and three points should be extremely likely.

Team News
Even with players missing, there is still quality throughout the England squad, and undoubtedly enough to see off the challenge of a team like Lithuania. Dele Alli is set to return following his suspension for a rude gesture. Three strikers in the form of Jermain Defoe, Daniel Sturridge and Jamie Vardy all sat on the bench without an opportunity to come on against Slovenia, so some change may take place up front to rotate. Michael Keane may also look to start as Southgate looks towards nailing down a central defensive partnership in time for the World Cup. 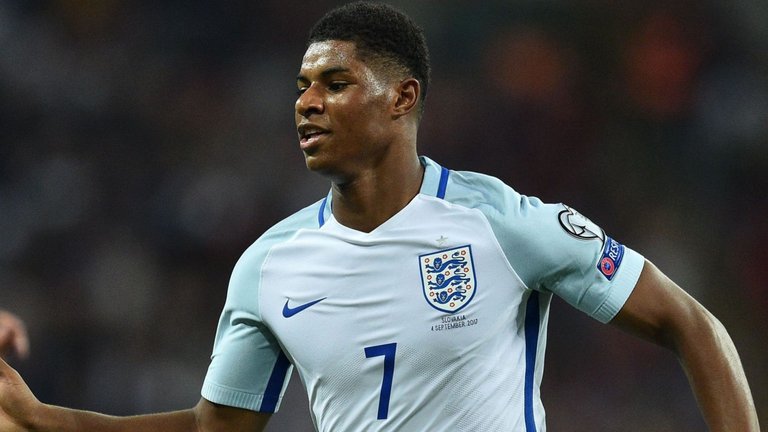 Marcus Rashford can become an England great in the future Photo credit: skysports.com

Player to Watch
Marcus Rashford seems to be completely unflustered, regardless of the increasing pressure of the stage he is performing. A meteoric rise to superstardom has been clutched with both hands and the 19-year-old has not looked back, seizing his place in both the England and Manchester United teams. One of the high points of the qualification campaign was the forward’s wonderful 20-yard strike to complete a comeback against Slovakia. More moments of magic are sure to come in an England shirt as he helps shoulder the hopes of an underperforming nation at the next World Cup and beyond.