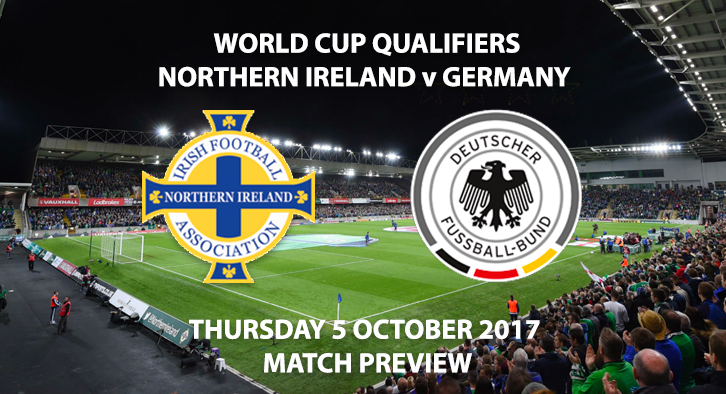 N.Ire vs Germany – Match Preview – Northern Ireland will host Germany this Thursday as they will close out their very successful World Cup qualifying campaign.

The hosts are currently second in the standings with 19 points, behind non other than Thursdays opponents. With only another point or two pretty much securing a second-place qualification, the Irish will still have something to play for over the international break.

The Germans have been very German thus far in the qualifying campaign; topping Group C with impeccable statistics. 35 goals in eight games speaks for itself, and on top of that they have only conceded two goals. Northern Ireland will have a tough time breaking down that German wall.

After a summer of celebration for Northern Ireland at the UEFA Euros in 2016, many believed that would be the pinnacle of their success for some time and wrote them off for World Cup qualification. However, the men in green have gone from strength to strength and have also become much stronger defensively. They haven’t conceded a goal in all competitions since November last year. 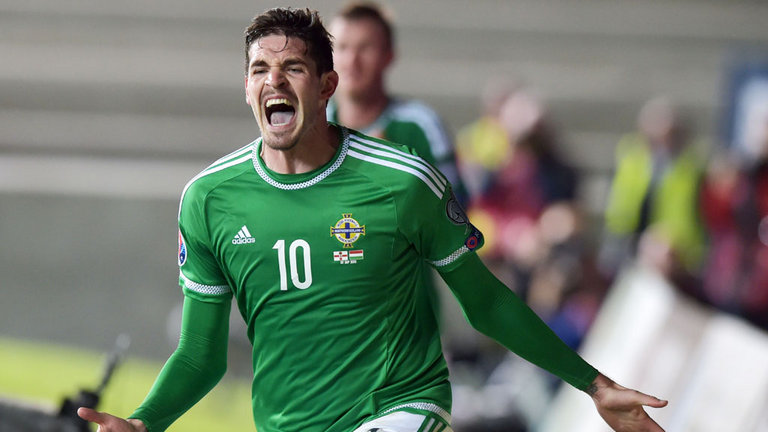 Lafferty has been in good form for N.Ireland Photo Credit: skysports.com

They have also excelled in front of goal with the strike force of Conor Washington, Kyle Lafferty and Oliver Norwood becoming a clinical attack. Last time they met, Germany won 2-0 with a very comfortable performance but Northern Ireland are in the form of their lives, so could they cause a huge upset for the bookmakers?

There is no doubt in anyone’s mind that Germany are one of the best footballing nations in the world. Their squad depth is to be admired, with many World Class players struggling to make the 23-man squad. Their form is also admirable, having not lost since the semi-finals at the UEFA Euros in 2016. 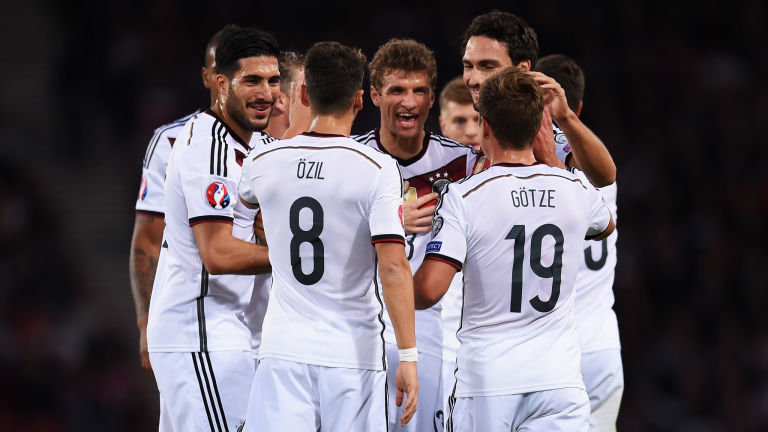 Muller and his German team mates have been almost unstoppable Photo Credit: skysports.com

Having most recently picked apart Norway in a 6-0 victory, Germany are continuing to bulldoze their opponents hence why they are top of the group by 5 points. Thomas Muller will pose a huge threat to the Northern Ireland defence; he has scored five goals and has six assists in the qualifying campaign. The Bayern Munich attacker is also joined by Julian Draxler, Mesut Ozil and veteran Mario Gomez. Will the firepower of the Germans be too much for Northern Ireland to handle?