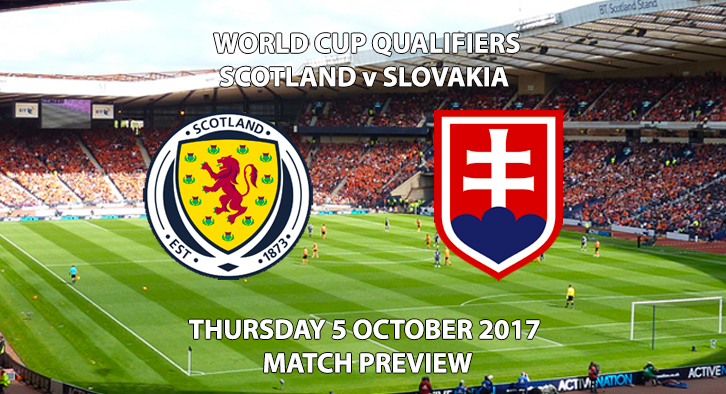 Scotland vs Slovakia – Match Preview – Scotland face Slovakia in a crucial match in Group F. A win for Slovakia would knock Scotland out the race for qualification for the World Cup. Victory for the Scots however, and they would leapfrog their opponents in the group.

Scotland know that if they are to secure second spot, they must win their next two games. This game against Slovakia in particular is crucial, with them sitting one point behind their visitors. With England also playing Slovenia, If Scotland win there is a very good chance they would sit second in the group, with just one match left to play. With their final group game then away at Slovenia, they would only need a point to qualify from that match.

Since their 3-0 defeat to England last year, Scotland are unbeaten in qualifying. That run stretches four matches, in which they have won three. In those three games they won, they kept three clean sheets. Keeping the back four shut has been key to Scotland’s recent revival, allowing the attacking players to win them the game and grab the three points. 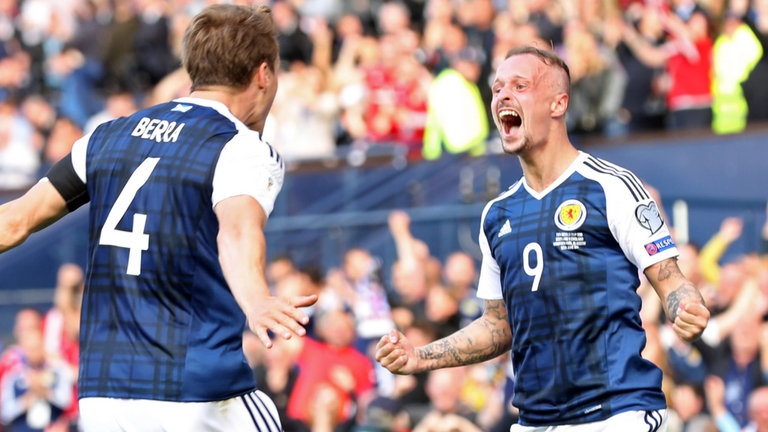 Leigh Griffiths will be pivotal for Scotlands hopes of qualification in the last 2 games Photo Credit: skysports.com

For Slovakia, they know that their fate is also in their own hands. If they can beat Scotland, it would knock Scotland out of the running for the play-off spot. A victory at Hampden, and England also beating Slovenia on Thursday night, would mean they would be uncatchable in second place, and would secure themselves a play-off match. Their defeat against England last time out brought to an end their five match unbeaten run. Since losing their first two games to England and Slovenia, they had won every game they had played, catapulting them in to second place in the group.

Whilst Slovakia comfortably dispatched of Scotland 3-0 at home, this will be an entirely different game. With Scotland knowing they must win, the atmosphere at Hampden Park will be fantastic. It will be an enthralling match up, with both sides so close to securing a play-off spot. Whichever team can handle that pressure best will decide this game.

Of the three sides looking to secure second spot, Scotland have the worst defensive record leaking ten goals. Whilst they have shored up at the back recently, it will be interesting to see how long they can resist this talented Slovakia side for. With both teams having scored 14 goals, they both know where the back of the net is, so I’m going to plump for a score draw in this one.