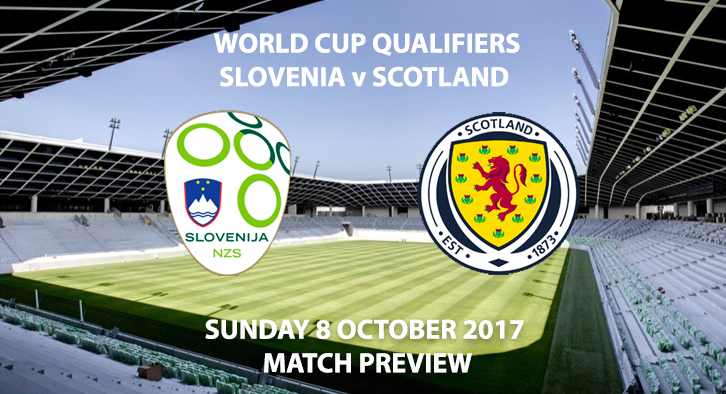 Slovenia vs Scotland – Match Preview – With one round of games left, Scotland are in pole position to secure second spot in Group F. On Sunday, they know a win will guarantee them a play-off spot for a place in the World Cup 2018!

After their dramatic late win over Slovakia on Thursday night, Scotland have now moved in to second spot in the group. England’s late winner against Slovenia means Scotland are two point clear of Slovakia, and three clear of their next opponents. If Scotland can match the result of Slovakia and avoid defeat against Slovenia, it would secure them second place, and a two-legged chance of making the World Cup.

Thursday’s win came courtesy of an own goal from former Liverpool defender Martin Skrtel. Whilst the Slovakian was credited with the unfortunate own goal, much credit was given to Chris Martin for his influence in the goal. The Derby County striker, who spent last season on loan at Fulham, has struggled this season, but this could be the catalyst to revive his campaign. With Leigh Griffiths Gordon Strachan’s first choice striker, it’ll be interesting to see who he chooses up front in Slovenia after Martin’s telling impact. Whilst Griffiths has more goals this qualifying campaign, Martin is the better hold up striker, which could be key away from home. 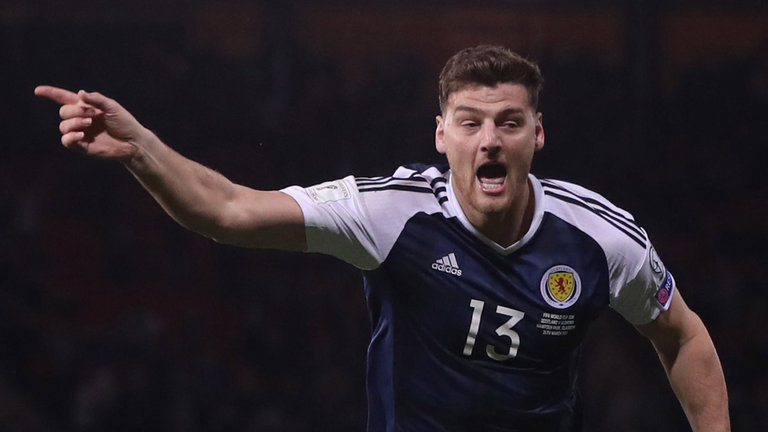 Chris Martin was influential in the win over Slovakia Photo Credit: skysports.com

Harry Kane’s 93rd minute winner at Wembley snatched what would have been an invaluable point from Slovenia. After frustrating England for large portions of the game, the England striker’s stoppage time goal will have been a sickening blow. With just one game left and them trailing three points behind Scotland, this game is a must win. Even with a victory against Scotland, they’d also be reliant on Slovakia not beating Malta in order to clinch second place.

The last time these two sides met was at Hampden Park, where Scotland snuck a 1-0 win. That victory was the start of their impressive five game unbeaten run, which has seen four clean sheets, and four wins in that time. Scotland’s new found defensive resilience has been key, and with Slovenia struggling to find the net, it could be only one goal that settles this game.

With that in mind, I think a double chance, Scotland or draw would be a good bet. Although Slovenia are at home, they struggle to score goals and create chances, and that’s why this one will be a low-scoring game. With them needing a win however, they may have to open up and go for the game, which will leave Scotland space to counter-attack.

SKYBET: GRIFFITHS TO SCORE A BRACE- 13/2

SKYBET: MARTIN TO SCORE AND SCOTLAND TO DRAW- 10/1