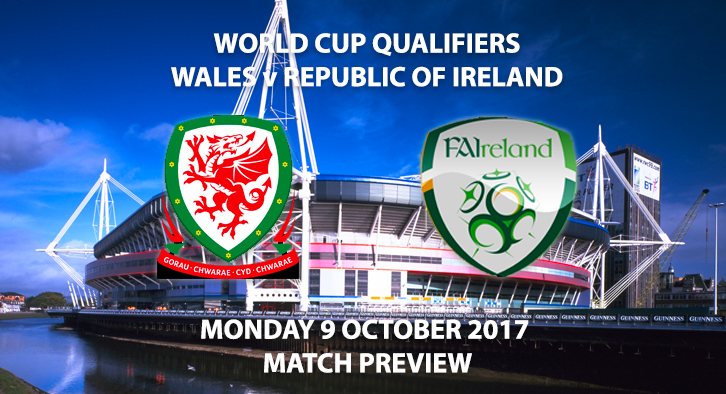 Wales vs Ireland – Match Preview – It simply doesn’t get any bigger than this. Shoulder to shoulder they stand in Group D, just one point separating the two home nations of Wales and Ireland.

There are many possible outcomes for both nations once the final whistle is blown, depending on other results. Serbia’s recent loss to Austria means that 1st in the group is still up for grabs if Serbia fail to win yet again this Monday.

The streets of Cardiff will have a party atmosphere Monday evening with the most probable outcome meaning the winner will advance whilst the losers World Cup dream will be over.

The hosts most recent outing saw them grind out a 1-0 victory away to Georgia with a professional performance given the absence of their global superstar, Gareth Bale. The Real Madrid forward will also be missing the crunch match this Monday, a huge blow for the Welsh. Players such as Aaron Ramsey, Sam Vokes and Hal Robson-Kanu will have to leave everything out on the field to ensure that the £80 million man’s absence isn’t a great factor. 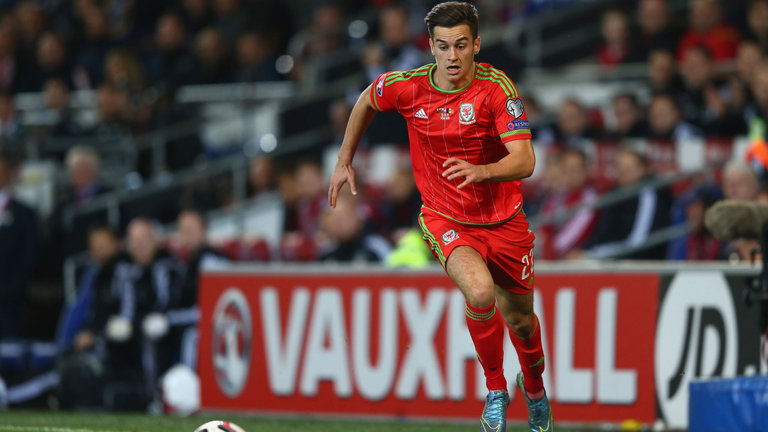 Chris Coleman will have a few big decisions to make regarding both personnel and tactics. Wales are most comfortable lining up in a 5-3-2 formation which has made them the hardest defence to break down in the group and allows the attacking creativity of Bale to lead the attack. However, out in Tsibilli it was switched up to four at the back with Tom Lawrence becoming the biggest threat for the Dragons. With many unsure on how the Welsh will line up, can they withstand the pressure from the Irish who need no less than a victory?

Ireland will be annoyed to find themselves in the position they are in, needing nothing more than three points in Cardiff to stand a chance of advancing. Together they have stood tall and made their fans proud thus far in their qualification bid and will feel confident they can finish the job after their comfortable victory at home against Moldova. An early goal from Daryl Murphy allowed the nerves to settle, however nerves will be at an all-time high this Monday night. 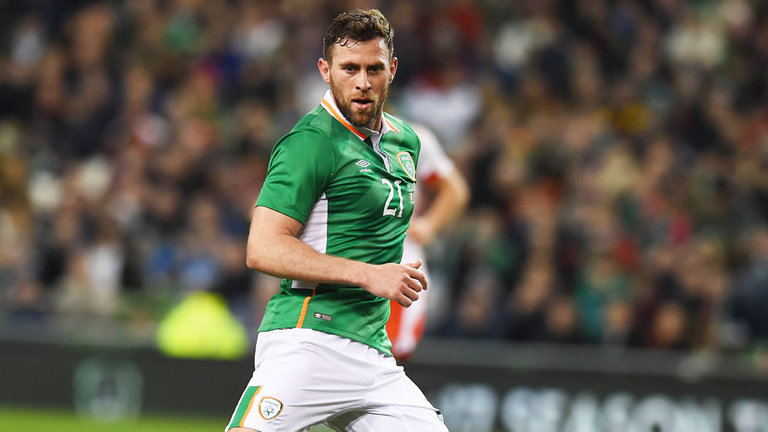 Murphy’s brace in the win over Moldova sets up a huge encounter between Wales and Ireland Photo Credit: skysports.com

Martin O’Neill will have to implement an attacking style of play to his side given the circumstances. Shane Long could be a nuisance to the Welsh defence with his pace in behind being a huge factor to his game.  The Irish should dominate the possession statistics, as many do when playing Wales however they are facing a team that haven’t lost since that famous semi-final at the 2016 UEFA Euros against Portugal. A tough ask, but the fighting Irish will feel confident in their abilities.