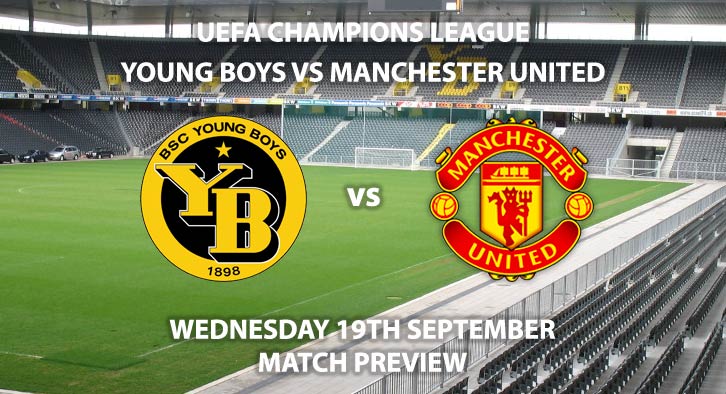 Jose Mourinho’s side will be desperate to build on back to back league victories, with a win on foreign soil. The Red Devils backed up their win at Burnley before the international break with an impressive 2-1 victory over Watford at Vicarage Road. The Hornets went into that match with a 100% record for the campaign, having defeated Tottenham the week before. It was a tough test for United, but one they past unscathed. The win took them up to 8th place, six points behind leaders Chelsea.

Romelu Lukaku grabbed his fourth of the season, building on his brace at Turf Moor. The Belgian looks set for another productive campaign in front of goal, which will be key to United’s aspirations. They have not tasted success in this competition since 2008, and haven’t featured in the semi-final since 2011. For a club of United’s stature, that has to change. Mourinho has already guided Inter Milan and Porto to Champions League titles and he will be hoping to do the same in Manchester.

Young Boys have reached the group stages, or better, on five occasions in the last ten years, proving they are reasonably seasoned in this competition. Their best hopes of a result lay on the shoulders of Guillaume Hoarau, the much-travelled 34-year-old striker. The former PSG man scored 15 times in 20 starts for the club last year as they secured a first league title in 32 years. With the service of ex-Ajax winger Miralem Sulejmani from the left and former Newcastle right-back Kevin Mbabu on the right, Hoarau could prove a real danger to the United goal.

Deniz Aytekin is the referee for this game. The German plies his trade in the Bundesliga – officiating 17 league matches last year. This year, he only appeared once but brandished four yellow cards. Therefore, I would advise a maximum of 50+ total booking points for this game.

Whilst this a potential banana skin for United, they need to ensure they collect three points. Much tougher test await in the form of Valencia and Juventus, so they can ill afford to make any mistakes on Wednesday night.

Young Boys vs Manchester United will be televised live in the UK on BT Sport 2 with kick off at 20:00 GMT.

Odds and markets last updated on Wednesday 19th September 2018 @12:34 GMT. Keep checking back to see if there’s any updates to markets – the time stamp in the previous sentence for when we update tips on this page will be updated.