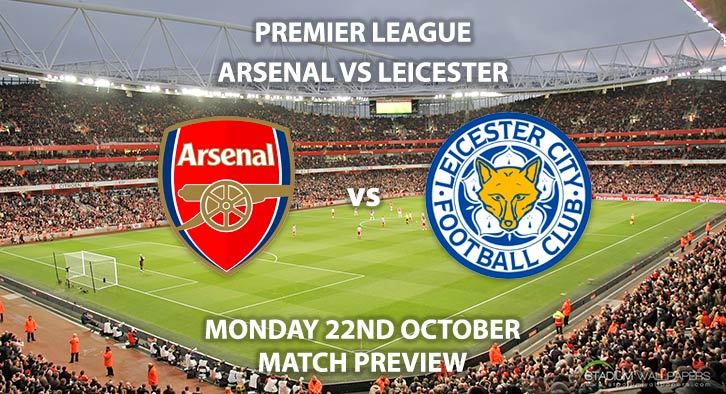 Arsenal vs Leicester: Arsenal host Leicester on Monday night, looking to extend their winning run to ten games in all competitions.

The Gunners have been in impressive form of late, which has seen them rise to fifth in the Premier League. A favourable run of fixtures has seen Unai Emery’s side begin to find their feet, after a tricky couple of opening matches. As each game progresses, they are beginning to look more of a team with style, and identity. Obviously, until they can prove it consistently, again the very best teams, they are still a work in progress. It may take Emery some years to mould the squad in his own vision, but their upturn in form can only be seen as a positive.

Mesut Ozil has been back in the starting team, and in the goals in recent weeks, as he looks to secure his long-term stay at the Emirates. Similarly, Alexandre Lacazette has been in fine form after being given an extended stay in the side, with Pierre-Emerick Aubameyang deployed on the left. The Frenchman has five goals and three assists in his last seven appearances; proving that his performances are also having a bearing on the final result.

Leicester will be hoping to bounce back from a 2-1 defeat at home to Everton. That loss was the Foxes’ first in three games, after beating both Huddersfield Town and Newcastle United in the league. They currently sit 10th in the table. But can leapfrog Manchester United and Wolves to move into eighth with a victory. Claude Puel will be slightly concerned that his side have only kept two clean sheets in eight league games this season. That being said, the Foxes’ defensive record is far from one of the worst in the league. With Jamie Vardy still finding the net regularly, a few more shutouts could see them push for the European places. They will be without Wes Morgan for this match after their captain was sent off again Everton.

Chris Kavanagh is the referee for this game. The Englishman has officiated five games in the top flight this season, accumulating an average booking points total of 30. Therefore, I would recommend a total of 50+ points for this fixture.

Arsenal are in fine form, having netted 24 goals in their last eight games (average of three per game). Therefore, I’m going to opt for a home win, given Leicester’s poor clean sheet record this campaign.

Arsenal vs Leicester City will be televised live in the UK on Sky Sports Premier League with kick-off at 20:00 GMT.