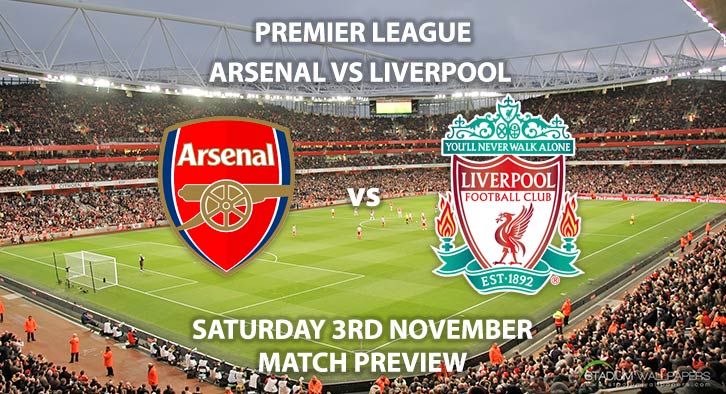 Arsenal vs Liverpool – Two of the Premier League’s in-form sides go head to head as Arsenal host Liverpool at the Emirates Stadium on Saturday.

The Gunners are unbeaten in 13 games, a run extended by their 2-2 draw with Crystal Palace last weekend. The draw ended a run of 11 straight wins for Unai Emery’s side after two Luka Milivojevic penalties earned Palace a point. Arsenal currently sit in fourth, just four points behind league leaders Manchester City and Liverpool. Although Arsenal have been in phenomenal form, they’ve proven to be great value for BTTS backers. In 11 of their last 14 games in all competition, both teams have scored in the Gunners games. That shows they are still vulnerable defensively, which Liverpool will be hoping to exploit.

Pierre Emerick Aubameyang continued his hot streak in front of goal at Selhurst Park with another goal. That strike was his ninth of the campaign, in just 13 appearances. The Gunners also sealed their spot in the quarter-finals of the Carabao Cup with a nervy 2-1 win over Blackpool. That win has set up a North London Derby with Tottenham Hotspur for a place in the last four.

Liverpool romped to a 4-1 win over Cardiff City last weekend. Mohamad Salah grabbed his second goal in as many games at the weekend. Sadio Mane also grabbed a brace as Liverpool’s front three rediscovered their scintillating form of last season. The Reds conceded just their fourth goal of the campaign against Cardiff. At this stage last campaign, the Reds had leaked 16 goals, four times their current amount. That highlights the improvements in the Reds defence, mainly thanks Virgil van Dijk and Alisson.

Andre Marriner is the referee for this game. The Englishman has taken charge of nine top-flight games this season, accumulating an average booking points total of 34.4. As a result, I would recommend a maximum of 50+ total points for this fixture.

Arsenal and Liverpool are both prolific in attack, whilst the Gunners are also leaky at the back. Jurgen Klopp’s side are also unbeaten in the league this season, which may tip the match in their favour.

Where to watch the game – Arsenal vs Liverpool will be televised live in the UK on BT Sport 1 with kick off at 17:30 GMT.