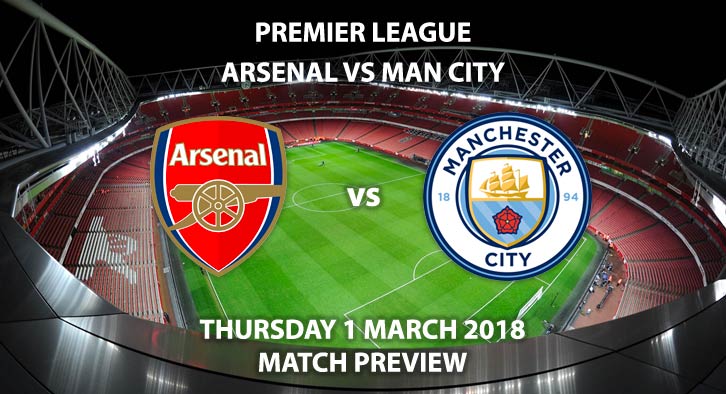 Defeat at Wembley cast further doubt over Arsene Wenger’s future. Arsenal were well beaten in the final and failed to test City at any point. The lack of fight and character shown by the gunners was symptomatic of their recent failures. The Europa League is now Wenger’s only hope of silverware and therefore this seems their only viable route into the Champions League. Therefore, if I was him, I’d be throwing all my eggs in that basket. Whilst their next round tie against AC Milan is far from straightforward, it is a winnable tie. The top four is gone for them and without any silverware or European football, Wenger could find himself out of a job this summer.

Arsenal’s display at Wembley was gutless. Defensively, they were awful; they lacked organisation, resilience and concentration. Pierre Emerick Aubameyang was ineffective, although he did play for large portions of the game without any service. Thus, if Arsenal are to get the best out of their new signing, they’ve got to play to his strengths. In theory, Aubameyang’s pace should have been a great outlet, especially on a big pitch like Wembley. Unfortunately, Arsenal never tried to use that to their advantage. They didn’t play the ball in behind the City rearguard, which would have allowed him to run at Vincent Kompany and Nicolas Otamendi.

Without the services of Raheem Sterling, Manchester City blew away their counterparts on Sunday. The win ensured Pep Guardiola’s first trophy as City manager, with reports emerging he is set to sign a new contract at the club. This could be the start of a dynasty for Pep. With the money and power that City hold, they could dominate English football for some time. Let’s not get ahead of ourselves though, nobody has retained the Premier League since Manchester United in 2009. As a result, that is Guardiola’s biggest challenge next season, as well as targeting a first Champions League trophy for the club if they don’t win it this time around.

Andre Marriner has been appointed as the man in the middle for Thursday’s match. The Englishman has an average booking points total of 28.9. This is one of the lowest in the league, consequently booking points could be at a premium for this clash.

It will be interesting to see how Arsenal react in the game, after being so comprehensively beaten at the weekend. City will have to rotate their squad ahead of a clash with Chelsea at the weekend, yet I still think they’ll record another victory.

Arsenal vs Manchester City will be televised live on Sky Sports from 19:45 GMT in the UK.

More markets will be added prior to the game kicking off on Thursday night. Keep visiting the tips and preview area for further updates and betting previews for this weeks upcoming premier league fixtures.