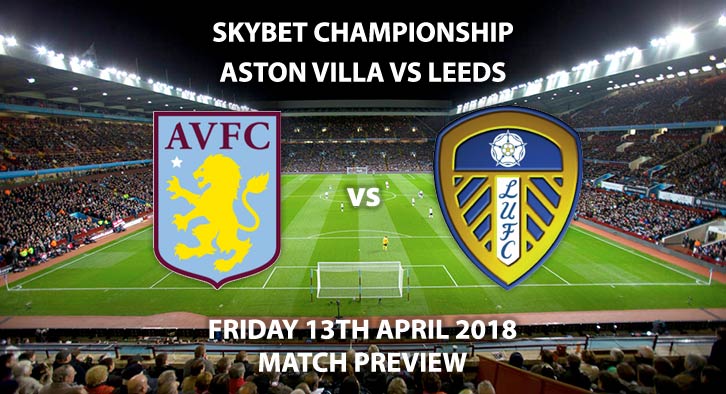 Villa gave their hopes of a top-two finish a boost in midweek with victory over Cardiff City. Steve Bruce’s side are now five points behind second-placed Fulham with four games left to play. Whilst the play-offs look a more likely avenue for Villa, there is still a small hope they could snatch automatic promotion. One win in five games had previously stalled their Premier League push but Bruce will be hoping this win can get them back on track. Villa need to build some momentum if they are to hope of getting out of this division. They have the experience and personnel to succeed in the play-offs but form can be crucial in these tight games. Bruce has gained promotion via this route in the past and he knows what is necessary to do it again.

Leeds slumped to another defeat on Tuesday night. The Lilywhites lost 3-1 at Deepdale by Preston, their fifth defeat in eight games. Since taking over in February, Paul Heckingbottom has struggled. There is already talk of the former Barnsley boss being under pressure at Elland Road. Two wins from 12 games is poor, but there is no doubt that Leeds need investment in the summer. Although they finished seventh last year, they lost a number of key players. They have failed to replace Chris Woods’ goals, whilst Kyle Bartley has also been missed at the back. Heckingbottom has to be supported in the transfer market, or Leeds will endure another miserable campaign next year. They currently sit 14th, with little to play for in their remaining four fixtures.

Tony Harrington is the referee for Friday night’s clash. The Englishman has refereed 26 league games this season, accumulating an average booking points total of 37.7. That is amongst the lowest in the league when compared those who have officiated 10 or more league matches. As a result, I would avoid anything more than 30+booking points in any bets.

Aston Villa are in the better form heading into this fixture, therefore, I think they will win. Leeds poor away form has shown no sign of ending, despite the pressure heating up on Heckingbottom. I’m going for a home win, with Villa to win to nil my best tip.

Aston Villa vs Leeds United will be televised live on Sky Sports Football with kick-off at 19:45 GMT.