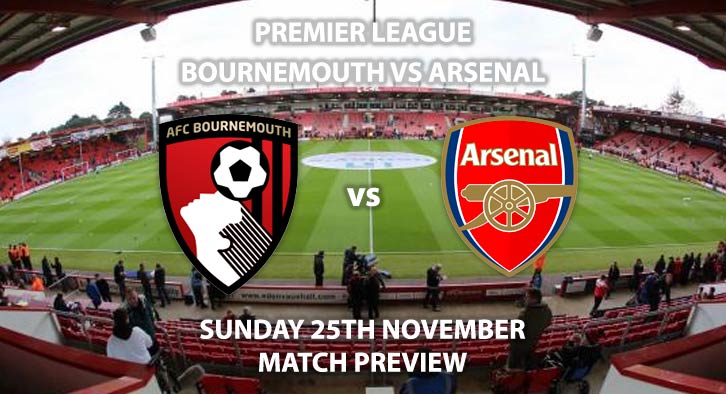 Bournemouth vs Arsenal: Arsenal will be hoping to jump into the top four on Sunday with a victory against Bournemouth at the Vitality Stadium.

The Gunners were left frustrated by Wolves before the international break as they were held to a 1-1 draw. In truth, it was one of the poorest displays from Unai Emery’s side in recent weeks. They’ve been on a fine run and are still 14 matches unbeaten in all competitions. With Tottenham hosting Chelsea on Saturday evening, one, or both, of those sides will drop points which will give Arsenal a chance to close the gap. A win at Bournemouth – coupled with a Tottenham defeat – would send them into the Champions League places ahead of the North London derby next weekend. Arsenal’s last league win came a month ago after three successive draws. That makes victory against a strong Bournemouth side imperative. Pierre-Emerick Aubameyang will be hopeful of continuing his fine run of goalscoring form. The Gabonese forward has nine goals in 16 appearances this season.

Bournemouth have lost their last two games after an impressive start to the season. They were unfortunate to suffer defeat against Manchester United but they were off the pace against Newcastle United as they again lost 2-1. Prior to those results, Eddie Howe’s men had kept three consecutive clean sheets, whilst scoring seven goals. They are only four points behind Arsenal on 20 points and a win would move further cement their bid for a European place. Callum Wilson will be back in a Cherries shirt, buoyed by his debut goal for England. The pacey striker has seven goals in 14 appearances for Bournemouth this season and is one of the most in-form players in the division, at the moment.

Craig Pawson is the referee for this game. The Englishman has officiated eight top-flight games this season. In that time, he has accumulated 56.9 total booking points this season. Therefore, I would recommend a maximum 70+ total points this weekend.

This will be a tough game for Arsenal, Bournemouth have proved to be tough opposition for top six sides this season. As a result, I think this one could end as a high-scoring draw.

Bournemouth vs Arsenal will be televised live in the UK on Sky Sports Main Event with kick-off at 13:30 GMT.

Odds and markets last updated on Sunday 25th November @12:40 GMT. Keep checking back to see if there’s any updates to markets – the time stamp in the previous sentence for when we update tips on this page will be updated.

Remember to keep visiting the tips and preview area for further updates and betting previews around this weeks European Games.