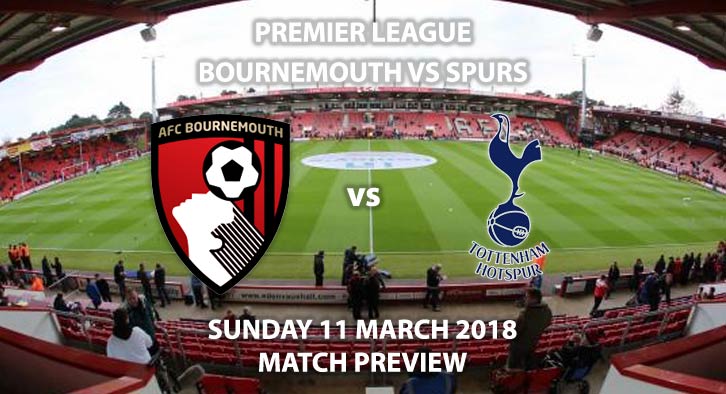 Both sides have been enduring rather differing campaigns. The hosts have been battling away all the relegation strugglers that has seen them more recently and have gained a tiny bit of breathing space on the hectic nature of the bottom half. Meanwhile, the visitors have been juggling European duties along with their bid for top four.

Bournemouth are currently 12th in the Premier League with 33 points. Eddie Howe’s side have been a rather steady outfit this season, however not spectacular by any means. Callum Wilson has been the most prolific for the Cherries with seven league goals. Their attacking prowess however has been rather limited as they have only managed two or more goals in 37% of their Premier League matches.

Bournemouth’s recent results have been promising in their bid for survival, with a 3-0 victory over Chelsea being the highlight. Defensively they have been rather poor at times. They’ve conceded a total of 44 goals in 29 matches and kept a clean sheet in only 17% of their outings. Whilst they have managed some rather large scalps against the top six this season, Spurs will prove a very tough test for the home side.

Tottenham are currently fourth in the Premier League and fresh from midweek Champions League action against Juventus. Domestically, Mauricio Pochettino has made Spurs, once again, a tough opponent for any side. They are a very rigid and defensively sound side who have conceded only 24 goals this season. Along with this, they have also managed to keep a clean sheet in 48% of their matches; which is the second best clean sheet record behind Manchester United.

Going forward, there are only two words to describe them. Harry Kane. The Englishman is leading the golden boot race along with Liverpool winger Mo Salah with 24 goals. Whilst at times, Dele Alli and Christian Eriksen have gone missing, time and again, Kane continues to find the back of the net to save the North Londoners. Kane has led an attack that has managed two or more goals in 50% of their away Premier League matches. It is tough to see Spurs not getting a crucial result this Sunday.

The referee for this match is Mike Dean. The official shouldn’t have too many problems on Sunday as Arsenal have averaged 15.9 booking points this season and Bournemouth have averaged 16.4 points. That being said, Dean isn’t afraid to reach into his pocket as he has averaged 39.5 booking points in his 19 Premier League matches.

Bournemouth vs Spurs will be televised in the UK on Sky Sports Premier League and will kick off at 16:00.

More markets will be added prior to the game kicking off on Sunday afternoon.

Keep visiting the tips and preview area for further updates and betting previews for more previews from this weekends domestic league action.