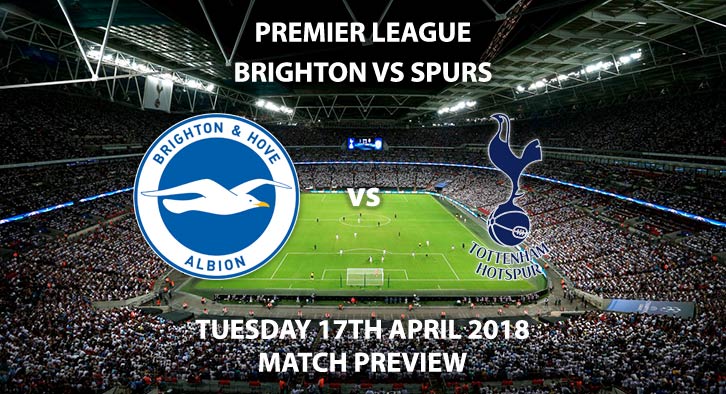 First things first. Chris Hughton and Brighton have done a remarkable job so far. The Seagulls’ maiden Premier League campaign has so far been a huge success as they stand on the brink of guaranteed safety from relegation.

The season has included some massive highs, such as the 2-1 victory against Arsenal and the 3-0 defeat of West Ham at the London Stadium. Recent form has not been so strong, without a victory in five since that Arsenal match, but their performances throughout the year have surely done more than enough to beat the drop.

The weekend’s defeat to M23 derby rivals Crystal Palace will leave a sour taste in the mouth, but a match against one of the country’s best, and most in-form sides is the perfect platform to rectify that taste.

Until the defeat against City, Spurs were on a rampage. They had not lost in the league since the first time they played Guardiola’s side in December. Pochettino’s team have forced themselves into the race for second place, and by surpassing Chelsea, aided with a wonderful curse-breaking 3-1 win at Stamford Bridge, nearly ensured Champions League football once again.

The reverse fixture was a comfortable win for Spurs. This game will likely again depend on Tottenham’s attacking impetus and whether they can break the ever-resilient defensive wall that is Brighton’s backline. Dubious goal-claiming Harry Kane will be fired up to increase his tally and do so.

Kevin Friend will take charge of his 18th Premier League game of the season, hoping to not find a reason to have to give out a first red card of the year. Of the 19 Premier League referees, Friend averages the second lowest average booking points per match with just 22.9. This has seen only 39 yellow cards in the games he has officiated.

Brighton vs Tottenham Hotspur will be televised live in the UK on Sky Sports HD with Kick Off at 19:45 GMT.

Odds and markets last updated on 17th April 2018 @18:10 GMT. Markets unlikely to be updated prior to kick off.