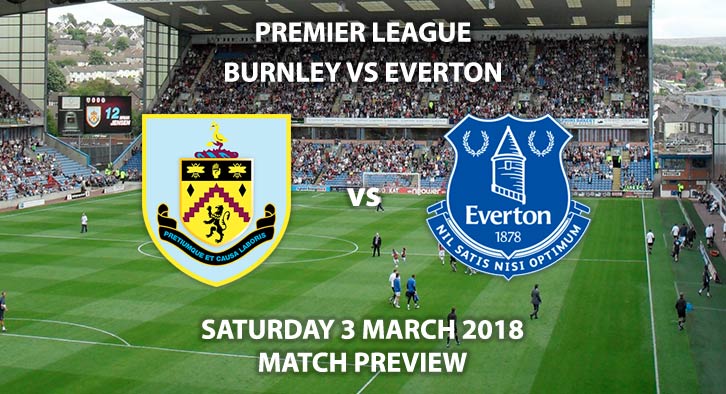 Burnley vs Everton: Two out of form sides clash at Turf Moor as both Burnley and Everton look to move further adrift of the relegation zone.

Burnley were denied three points last time out as they conceded a stoppage-time equaliser in their draw with Southampton. The goal was surrounded by controversy as the referee blocked off Ashley Westwood, which lead to Manolo Gabbiadini’s leveller. As a result of that draw, Burnley are without a win in 12 games. They haven’t recorded a victory since the turn of the year. Whilst they still sit in seventh place, ten points above the drop zone, it is imperative that they get out of their recent slump and return to winning ways. They have drawn three of their last four matches 1-1 yet have still struggled for those elusive three points.

Everton, like Burnley, are out of form. Their initial resurgence under Sam Allardyce has dwindled, with just two wins in 11. On the road, they’ve been particularly poor. Their last away win came back in December against Newcastle. The Toffees sit three points and two places below their hosts, seven points clear of the bottom three. Whilst there are no immediate concerns about relegation, Allardyce knows he needs some results to justify his place at the club. With Marco Silva now available, I expect the pressure to begin to build on the former England manager. January signings have yet to pay off, thus increasing speculation around ‘big’ Sam’s future. Cenk Tosun is still awaiting his first goal for the club, with Allardyce using the big money signing sparingly in recent weeks.

Burnley recorded a famous win when these two sides met earlier this season. Jeff Hendrick sealed a deserved victory for the Clarets against an Everton side managed by Ronald Koeman. Previous to that win, Sean Dyche’s side had won just one of their last five against the Toffees. Everton’s last away win at Turf Moor came in 2014 under Roberto Martinez.

Chris Kavanagh is the referee for Saturday lunch-time’s game. The Englishman has an average booking points total of 32. He has brandished 3.2 yellow cards across ten premier league and is yet to issue a red card. He is one of the last experienced referees in the top flight, having only officiated ten Premier League games this season.

As a result of the two sides’ recent form, I think this will be a draw. Whilst both teams need a win, neither will want to lose this game.

Burnley vs Everton will be televised live in the UK on Sky Sports from 12:30 GMT.

More markets will be added later today prior to the game kicking off on Saturday lunchtime. Keep visiting the tips and preview area for further updates and previews for this weekends fixtures.