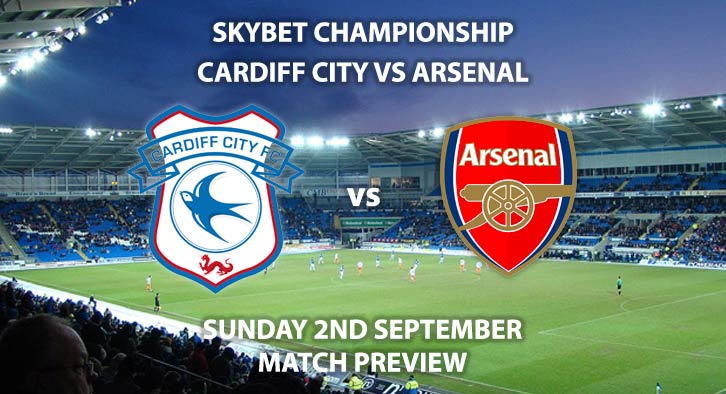 Cardiff vs Arsenal – The Gunners take a trip to the Welsh capital looking to build on last week’s victory against West Ham as they take on winless Cardiff City.

Unai Emery claimed his first victory as Arsenal manager with a 3-1 win against the Hammers at the Emirates. It was far from plane sailing for the Gunners, though, as West Ham took an early lead through Marco Arnautovic. Despite the win, it once again highlighted Arsenal’s vulnerability at the back, especially given Emery’s desire for his backline to hold a high line. Neither Shkodran Msutafi or Sokratis Papastathopoulos possesses great pace and this tactic leaves the pair exposed to attackers running in behind them.

The big talking point of the week has been Mesut Ozil’s absence from the win last week. The German was controversially substituted in Arsenal’s 3-2 defeat to Chelsea the week before and then missed this game due to illness. There has been a lot of talk as to whether Ozil fits Emery’s desired high intensity, high pressing system. Whilst he may be one of the most talented individuals at the Emirates, these are still huge question marks over his long-term future.

Cardiff have endured a difficult start back to life in the top flight. They have just two points to their name after drawing against Newcastle and Huddersfield in their last two matches. It’s pretty evident that their home form will be key if they are to have any chance of survival, but Neil Warnock’s side need to get the monkey off their back sooner rather than later. Goals appear to be the main concern for the Bluebirds, with Kenneth Zohore, Gary Madine and Danny Ward unproven at this level.

Anthony Taylor is the referee for this match. The Englishman has an average booking points total of 30 from his first three league matches. Therefore, I would suggest a maximum of 40+total booking points for this game.

Arsenal are very much a side in transition. There will be many more dark days before they can consistently perform well with Emery’s style; he needs to be given time. That being said, I would still expect them to win at the weekend. Cardiff will be resolute in defence but lack any real firepower to hurt the Gunners.

Cardiff City vs Arsenal will be televised live in the UK on Sky Sports Main Event with kick off at 13:30 GMT.

Odds and markets last updated on Sunday 2 September @9:32 GMT. Keep checking back to see if there’s any updates to markets – the time stamp in the previous sentence for when we update tips on this page will be updated.