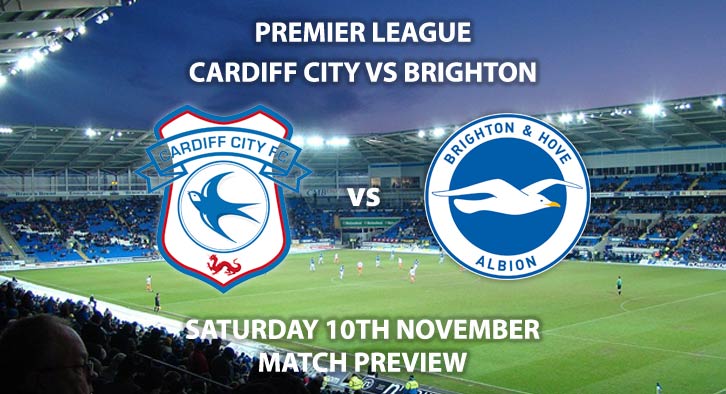 Cardiff vs Brighton: Cardiff City host Brighton at the Cardiff City looking to climb out the bottom three in a crucial match at the foot of the Premier League table.

The Bluebirds currently sit 19th in the table, one point off safety. With Huddersfield and Newcastle both collecting vital wins last weekend, Cardiff need to pick up their second win of the campaign. Last weekend they went down 1-0 at home to Leicester City on an emotional afternoon in the Welsh capital. Cardiff did win their previous home game, however, against fellow relegation candidates Fulham. If Cardiff are to survive at this level, they need to continue the form they showed again Fulham. Beating your nearest rivals is vital, and doing so at home is even more crucial. Neil Warnock’s side also faces Wolves and Southampton in their next two home games, which could define their campaign.

Brighton’s three-match winning run came to an end last weekend against Everton as they lost 3-1. For large portions of the game, Chris Hughton’s side matched the Toffees, they were just undone by that extra bit of quality from Richarlison. Prior to that result, the Seagulls had secured three crucial wins against sides in and around them. That will leave them hopeful of securing another win on Saturday. All of Brighton’s three wins were by a 1-0 scoreline, which shows their defensive resilience. That could turn to be a problem for Brighton, who have only scored nine goals this season, the fifth lowest in the league.

Martin Atkinson is the referee for this match. The Englishman has officiated ten top-flight matches this season, accumulating an average booking points total of 35. Therefore, I would advise a maximum of 50+ total point for this game.

This is a vital game at the bottom of the Premier League, that Cardiff dare not lose. Brighton are a strong side and resolute at the back, but I think this one will end all square.

Where to watch the game: Cardiff City vs Brighton & Hove Albion will be televised live in the UK on Sky Sports Premier League with kick off at 12:30 GMT.