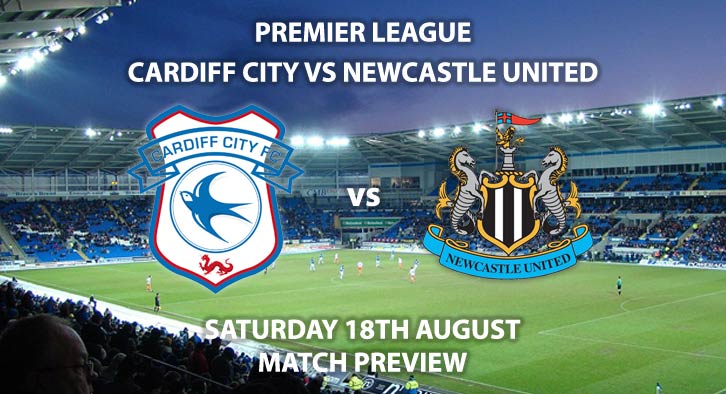 Neither side got their ideal start to the season, both being handed opening day losses.

Neil Warnock’s Cardiff got a harsh realisation of the difference between the Championship and Premier League as they lost 2-0 to Bournemouth. Meanwhile two goals from Tottenham was enough to silence a St James Park crowd last weekend.

The hosts are favourites for relegation this season, priced at ½ by SkyBet. They are also 2/1 to get a home win this weekend. The Welsh outfit struggled with possession in their last outing – with fingers pointed at poor recruitment over the summer. New signing Harry Arter is almost certain to start this weekend and should have a positive effect on the slightly underwhelming midfield options. Bobby Reid will likely spearhead the Cardiff attack and is priced at 5/1 to score first. The agile forward man showed great energy in the curtain raiser.

Newcastle showed plenty of positives in their opening day defeat. They are priced at 6/4 to win – a great price given their improved squad depth. Rafa Benitez has installed a very preservative yet effective method of defending. They often ‘park the bus’ and allow all their players to get behind the ball. However, they should see plenty of possession in this match-up which will allow their danger players more freedom – Matt Ritchie, Ayoze Perez and Kenedy to name a few.  Striker Joselu got off the mark against Spurs with a lovely directed header in the first half. The Spaniard is priced at 5/2 to score anytime. Salomon Rondon could also feature if his large stature is needed against the physical Cardiff defence.

The match will be televised on Sky Sports Premier League and kicks off at 12:30 GMT.

Cardiff will have chances to open their goal scoring account for the season however if Newcastle pick up from last week they should get their first points of the season.

Odds and markets last updated on Friday 17th August 2018 @17:20 GMT. Keep checking back to see if there’s any updates to markets – the time stamp in the previous sentence for when we update tips on this page will be updated.

Remember to keep visiting the tips and preview area for further updates and betting previews around this weekends other Premier League and Championship games.