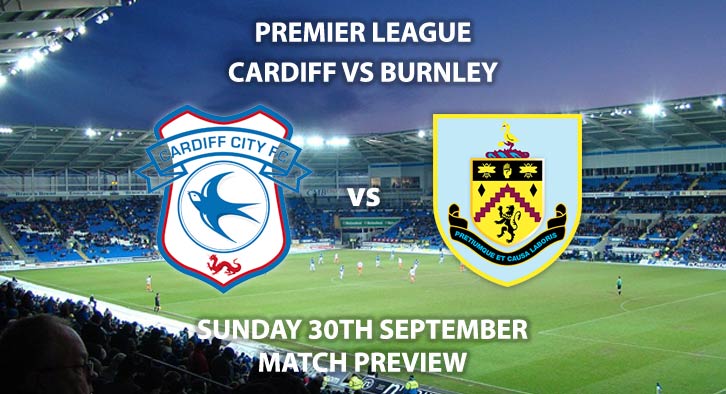 Cardiff vs Burnley – In what is already a six-pointer, Cardiff host Burnley in a relegation battle with both sides desperate for three points.

Burnley picked up a first win of the season last time out in a surprising 4-0 hammering of high-flying Bournemouth. Other than that, it has been clear to see there is some previous season and Europa League burnout. Sean Dyche’s side have looked completely distant from the team that finished seventh last year.

Not to mention the humiliating exit to struggling League One side Burton Albion in this week’s Carabao Cup. Before beating Bournemouth, The Clarets’ only point of the season came in a 0-0 draw with Southampton. Dyche will be hoping Saturday was indicative of future performances, not Tuesday. Sitting in 16th, no one is expecting Burnley to replicate last season’s achievements, but wins need to come, and fast.

In contrast, it was always going to be a struggle for newly promoted Cardiff City. Neil Warnock worked wonders last season to promote the South-Welsh side on a small budget compared to rivals. As such, Cardiff found themselves favourites for the drop. The first six games have done nothing to change anyone’s opinion on that, with just two points so far.

Those came against Huddersfield and Newcastle, in 0-0 draws. Perhaps more worrying, is that the relegation zone consists of those three sides. Cardiff are 19th, ahead of Huddersfield, but only based on alphabetical order. Both teams have conceded a league-worst total of 14 goals, whilst scoring the fewest amount with three too. The signs look ominous for The Bluebirds with a squad that looks devoid of the necessary quality needed to survive.

Then all signs point to this being billed as an incredibly important fixture. Burnley need to win to stamp an authority over supposed lesser teams, whilst Cardiff will see this as a vital opportunity to secure their first win back in the Premier League. Home form against rivals is so often a defining factor in a team’s attempts to avoid relegation.

Perhaps surprisingly, Burnley’s issue has not been scoring goals, but conceding them. However, with a strong backline of Ben Mee, James Tarkowski and an in-form Joe Hart, that should come good. Matej Vydra scored his first for the club last week, and if the Czech international can resume his scintillating form from last season, albeit in the Championship with Derby, then Burnley have a player on their hands.

Martin Atkinson has refereed in every Premier League matchweek so far, and will be the man at the helm here. Atkinson has given out 21 yellows and no reds so far, averaging just 3.5 cards per game. Only four teams have received more than Cardiff’s eight yellows, with Burnley’s figure just three more. The signs point to low booking points. However, in what will surely be a combative game, that could all change.

Cardiff vs Burnley will be televised live in the UK on Sky Sports Premier League with kick off at 19:45 GMT.

Remember to keep visiting the tips and preview area for further updates and betting previews around this weeks European action across the Champions and Europa League.