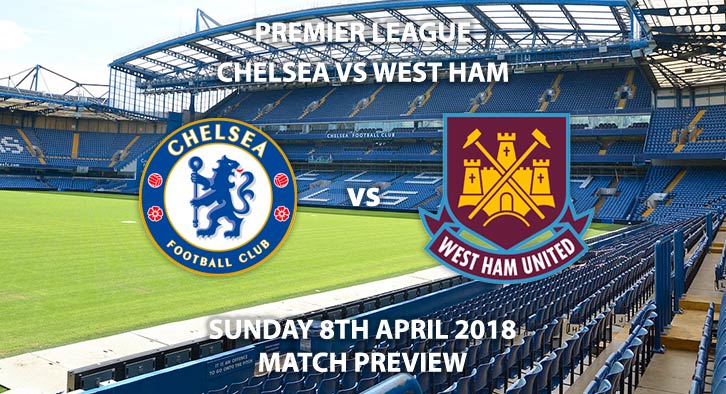 Chelsea vs West Ham: Chelsea host West Ham in another London derby looking to bounce back from last week’s defeat to Tottenham.

Antonio Conte’s men suffered a huge blow last week, losing 3-1 to Spurs. It was their first defeat at home to their rivals in over 28 years and moved Tottenham eight points in fourth. Following that result, Chelsea’s hopes of a top-four finish look to be over. It would take a miracle for Conte’s team to secure Champions League football. This has only further intensified speculation over the Italian’s future. With a number of top managers available, Chelsea look set to ring the changes once again in the summer.

Chelsea weakened their side in the summer unnecessarily. Letting Nemanja Matic and Diego Costa leave was poor business and their replacements haven’t been up to scratch. David Luiz has also been exiled from the side, despite playing a starring role in their title win last year. Chelsea’s squad does need an overhaul and whilst most fans would like to see Conte stay, I can’t envisage it happening.

West Ham secured an emphatic 3-0 win last weekend, against relegation rivals Southampton. Marko Arnautovic continued his fine form with a brace as the Hammers sealed an important three points. The win moved them up to 14th in the table, five points clear of the bottom three. That brought to end a run of three straight defeats in the league, which had seen them drop closer to the drop zone.

West Ham face Chelsea, Arsenal and Manchester City in their next four games, with Manchester United also set to visit the Olympic Stadium before the season is out. With a run of tough fixtures ahead, picking up points against the team around them will be crucial. The Hammers have both Stoke and Everton to play, which could determine their fate.

Kevin Friend is the referee for Sunday’s derby clash. The Englishman has officiated 16 Premier League games this season, with an average booking points total of 23.8. That is the third lowest in the league. Therefore, booking points may not be the best bet this weekend, despite it being a derby match.

Chelsea played well in the first half last week but were undone in the second 45. As a result, I expect the Blues to grab three much-needed points as they look to close the gap on the top four.

Chelsea vs West Ham will be televised live on Sky Sports Football with kick off at 16:30 GMT.

Odds and markets last updated on 8th April 2018 @16:05 GMT. Markets unlikely to be updated prior to kick off.