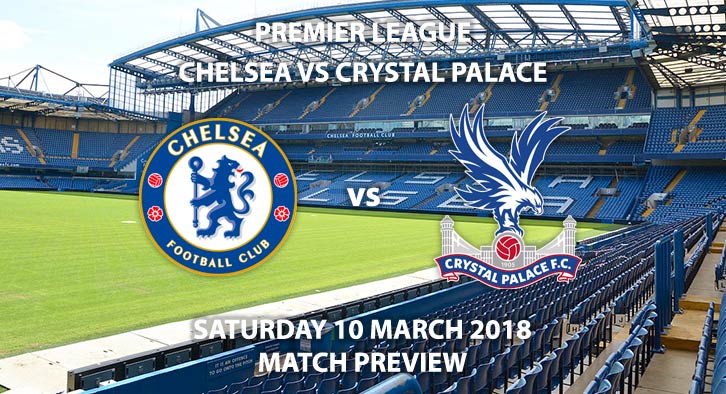 Palace are without a win in six and Chelsea need to capitalise on their poor form and get back to winning ways. The Blues are in apparent disarray after the most abject of performances against Manchester City last time out. The nature of the 1-0 defeat will be the most alarming aspect. The players seemingly had no desire and simply let City do as they please.

Antonio Conte’s side are now 5th, five points away from Spurs in the Champions League spots. Spurs are showing no signs of slowing down, so Chelsea need to put a run together and put them under pressure. Otherwise, it could mean no Champions League for the second time in three years.

Roy Hodgson has improved Crystal Palace, there is no doubt about that. However, after dragging The Eagles up the league they now find themselves right back in the thick of danger. They are 18th and need a win at Stamford Bridge just to escape the relegation zone.

It truly is one of the tightest relegation battles in recent memory, and someone has got to lose. One feels that Palace have enough quality in the squad to get out of danger but how hard will they take the defeat from 2-0 up against United last time out? It’s the time of year that going on a run either positive or negative can define a season.

Anthony Taylor is the man in charge, and he may well have his work cut out. No side has been given more red cards than Chelsea (4) this season and only three teams have received more yellows than Palace (49). Taylor himself hasn’t shown a single red card in his 20 games this season so this may well be the time to break that duck.

In terms of where the game is likely to go, Chelsea still have to be favourites despite their form. No team in the Premier League has kept less clean sheets than Palace’s five, and one would fancy Chelsea to add to their 14 games they have scored more than two in this year. They surely have too much quality not to, especially at home. However, Palace were this first team to stop the all-conquering Manchester City scoring this season, so they definitely have it in the locker.

Chelsea vs Crystal Palace will be televised live in the UK on BT Sport 1 with kick-off at 17:30 GMT.

More markets will be added prior to the game kicking off on Saturday evening.

Keep visiting the tips and preview area for further updates and betting previews for more previews from this weekends domestic league action.