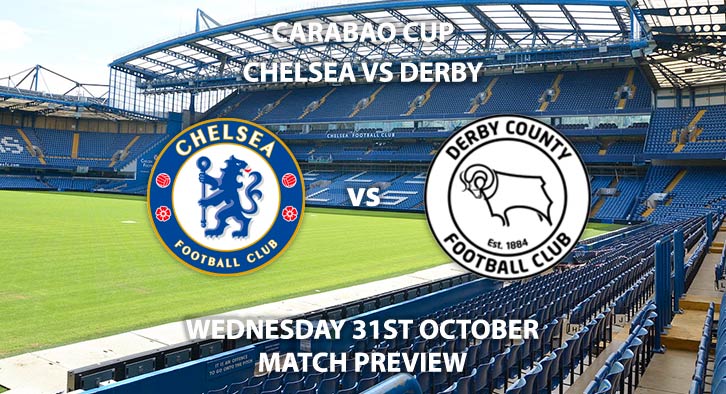 Chelsea vs Derby County – The match will mark a special occasion for Derby manager Frank Lampard who will return to Stamford Bridge for the first time in the managerial seat.

He takes his side to an undefeated Premier League side with seven wins from ten matches. They also beat Jurgen Klopp’s Liverpool in the third round to qualify. Lampard’s side have been in stellar form of late, with wins over Sheffield United and West Brom as well as an unfortunate draw with Middlesbrough in the past week. They dramatically knocked out Manchester United in the shock of the third round to qualify.

The Premier League outfit are favourites for this encounter, as SkyBet have priced them at 1/4. Although it is unclear whether they will line-up in their full-strength side, a possible starter to watch out for is Ruben Loftus-Cheek. The attacking midfielder bagged his first hat-trick in Chelsea blue last week in the UEFA Europa League against BATE. In top form, he is priced at 13/8 to score anytime.

Chelsea’s defensive efforts have also been impressive so far this season. They have conceded only seven goals in 10 league matches and will feel confident ahead of keeping a clean sheet due to facing a lower league side. Chelsea to win to nil is priced at a very tempting 10/11.

Derby County will be hoping to slay another dragon in the fourth round and are priced at 10/1 to do so. Frank Lampard has got a lot of fans excited with their attacking style of play and he seems to be having a positive effect on many of his players. Jack Marriot has been a breath of fresh air up front along with Tom Lawrence behind him. The Welsh winger has already scored four league goals this season and is 18/1 to give his side the lead this Wednesday. Harry Wilson stole the headlines from their previous round with a sublime free-kick to equalise the match. Wilson is 13/2 to score anytime and is a real danger from set pieces.

The referee for this match will be Jonathan Moss. Moss has averaged 40.6 booking points in his 8 Premier League matches. Expect cards this could be a feisty one.

Chelsea vs Derby County will be televised on Sky Sports Football HD and kicks off at 19:45.

– Chelsea have too much quality and depth and should put a dampener on Lampard’s return.