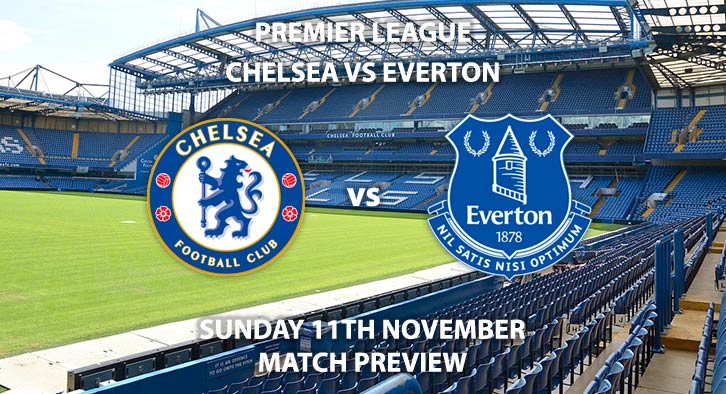 Chelsea vs Everton – Sarri’s Chelsea have been one of the three unbeaten Premier league sides this season and are real title contenders. Everton have been a rather creative outfit this season but have struggled to get a run of form going.

Chelsea are favourites for this match, priced at 2/5 to win by SkyBet. Their previous record against Everton makes for pleasant reading. The Blues have not lost to Everton at home since 1994. Eden Hazard has been the standout performer this season with seven goals to his name along with four assists. The Belgian is 7/2 to open the scoring. Alvaro Morata has also found his feet at Stamford Bridge and is 11/10 to score anytime.

Chelsea have won their previous six halves of Premier league football and are 2/1 to make it eight halves of football. Their defence has a lot of credit to take with only eight goals conceded this season so far. They’ve kept a clean sheet in 45% of their matches this season and are priced at 5/4 to keep another. However, they face a strong attacking side.

Everton are priced at 6/1 to cause an upset this weekend. Marco Silva’s side won their previous outing against Brighton and Hove Albion 3-1 with Richarlison getting a brace. A possible blow for the Toffees could see Ricarlison side-lined as he is a doubt for the match. Heads will turn to Gylfi Sigurdsson in the Brazilians absence. The Icelandic midfielder has five goals and two assists so far this season. SkyBet are pricing him at 12/1 to score from outside the area, a feat he very often accomplishes when scoring. Great odds.

Defensively Everton could improve. With 15 goals shipped in 11 matches, Chelsea will feel they are facing a vulnerable side. Everton are 2/5 to concede two goals.

The referee for this match will be Kevin Friend. The official has averaged 30 booking points in his 7 Premier League matches.

Where to Watch:  Chelsea vs Everton will be televised live in the UK on Sky Sports Premier League and kicks off at 14:15 GMT.

– Chelsea will continue their goal scoring antics but Everton could give them a headache.