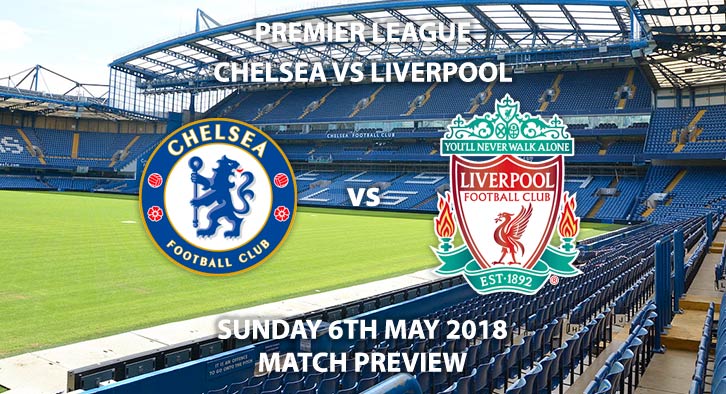 Chelsea vs Liverpool – Chelsea host Liverpool in a must-win fixture as they bid to keep their faint hopes of a top-four finish alive.

Chelsea know that anything less than a victory will spell the end of their quest for Champions League football next season. The Blues are currently fifth in the league, six points behind Liverpool with a game in hand. Victory at Stamford Bridge would see them move to within three points of the Reds, with a game to spare. Whilst this season has been a bitterly disappointing campaign for the reigning champions, they could still salvage something from it. If they could snatch fourth place, alongside the FA Cup, then all would not be lost.

Chelsea’s squad needs a shake-up in the summer. The average age of the squad is 28, with a number of older players past their best. Having dismantled the spine of his title-winning side last summer, Conte has failed to replace those players. Nemanja Matic, David Luiz and Diego Costa have all been missed, due to poor recruitment. Chelsea have won their last four games all competitions but haven’t won at home in the league since March.

Liverpool secured their place in the Champions League final this week. Despite a 4-2 defeat in Rome, Jurgen Klopp’s side progressed into the final where they will face Real Madrid. The task until then is simple; secure a top-four finish. A draw this weekend would all but do that but three points would mathematically end any doubts. Liverpool have had a fantastic season; which could be topped off with European glory. A second-consecutive season in the top four also shows their progress domestically. With a few more additions – in the goalkeeping and defensive department – Liverpool could push for the title next year.

Anthony Taylor is the referee for Sunday’s crucial game. The Englishman has previously taken charge of this fixture, which Chelsea won 2-1 back in 2014. He has an average booking points total of 34.6 from 25 top-flight matches. This is an average score compared to other officials, so I’d steer clear of any high scoring booking points bets.

Chelsea have got to win this game. If they throw everything at Liverpool it could leave them susceptible to counter-attacks. It remains to be seen how sharp Liverpool will be following their midweek exploits but I see this one being a draw.

Chelsea vs Liverpool will be televised live in the UK on Sky Sports Premier League with kick-off at 16:30.