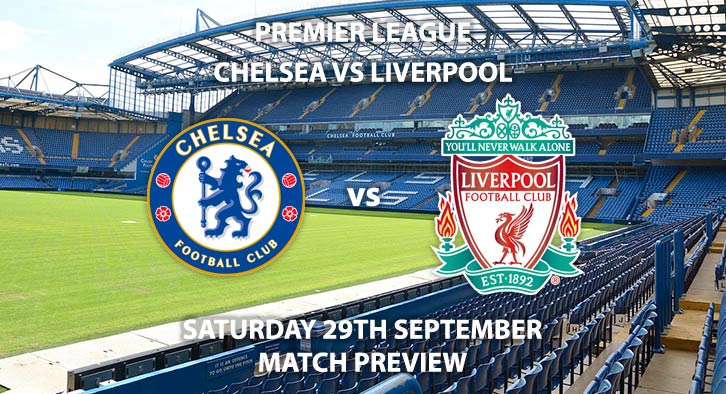 Chelsea vs Liverpool: Liverpool will be desperate to maintain their 100% start to the league and inflict revenge on Chelsea after the Blues knocked them out of the Carabao Cup in midweek.

The introduction of Eden Hazard from the bench moved Chelsea into the fourth round of the Carabao Cup on Wednesday night. The Belgian scored a phenomenal solo goal which completed their turnaround in a 2-1 victory at Anfield. Maurizio Sarri made eight changes to the side that drew with West Ham at the weekend, showing his focus lies on the league. The 0-0 draw against the Hammers was the Blues first dropped points of the season, leaving them two points behind their next opposition who top the table. After his fine cameo display on Wednesday, Hazard has reignited speculation over a move to Real Madrid. In my view, he is now ready to make that next step. His goal typified everything good about Hazard; his dribbling ability, coupled with his low centre of gravity and strength. He is a nightmare for any defenders he faces.

That defeat was the Reds first this season, although Jurgen Klopp also made multiple changes. He will restore his full-strength side on Saturday, as they look to move five points clear of their hosts. Having already won at Wembley this season, Liverpool will be confident of producing another top away performances against one of the league’s big boys. Klopp’s main dilemma is whether to keep faith with Joel Matip, now free of injury after starting the last two games, or bring back Joe Gomez, who has impressed early on this season. Given their fine defensive record, I think Klopp will side with the Englishman, who has looked solid this campaign. In attack Roberto Firmino will return, having fully recovered from the eye injury he sustained against Spurs. Chelsea will have to be wary of the Brazilian, alongside Mohamad Salah and Sadio Mane in attack.

Andre Marriner is the referee for this Saturday tea-time clash. The Englishman has taken charge of five top-flight matches this season, accumulating an average booking points total of 32. Therefore, I would advise a maximum of 50+ total points for this fixture.

Whilst defeat in midweek will have disappointed Klopp, this fixture is a completely different test. Both sides will field their strongest XIs, which should make for a fine spectacle. Liverpool have got to keep Hazard quiet; he showed at Anfield what he can produce in just a matter of seconds. If he is at his best, I think Chelsea could sneak a win in this one, although it will be tight.

Chelsea vs Liverpool will be televised live in the UK on BT Sport with kick off at 17:30 GMT.

Remember to keep visiting the tips and preview area for further updates and betting previews around this week-end’s other televised Premier league and SkyBet Championship matches.