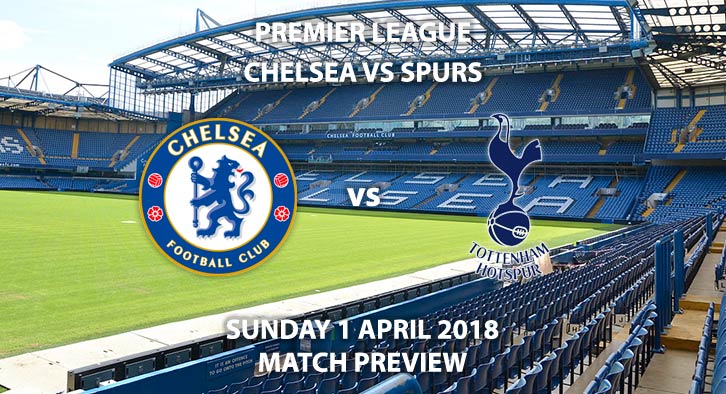 Chelsea vs Tottenham  – It’s London derby time as Chelsea host Spurs at Stamford Bridge with a place in the top four a priority.

As the Premier League enters the business end of the season, both these clubs are expecting results in crucial games. They are both fighting for fourth place with Mauricio Pochettino’s Tottenham having a five-point advantage. A win for Antonio Conte and Chelsea would swing the race for fourth wide open with seven games left, and have I mentioned it’s a local derby too? What more do you need?

The hosts are currently fifth in the Premier League five points behind their opposition. Chelsea haven’t had much fortune during the second half of the season – with some embarrassing losses. Their most recent league outing saw them narrowly defeat Crystal Palace 2-1 with a convincing performance. They peppered Wayne Hennessey in the Palace net and showcased their attacking muscle that has seen them climb up the table. This season they have managed to score two or more goals in 50% of their league matches this season. Their attack, led by Eden Hazard, has scored 52 goals in their 30 matches.

Defensively, Chelsea have been safe and sound for the majority of the season. They have conceded 27 goals all season and have kept a clean sheet in 60% of their matches at Stamford Bridge. Cesar Azpilicueta has been the star man at the back for Chelsea. Spurs will have to find a way around him if they are to score.

The visitors are currently fourth in the Premier League and have been in great form domestically. The recent news of talisman Harry Kane’s injury doesn’t seem to have dampened their spirits, as they recently walked over Swansea in the FA Cup and smashed Bournemouth 4-1 in the league. Spurs, just like their opponents, have scored two or more goals in 50% of their league matches and scored 59 goals this season. Heung Min Son has stepped up in recent weeks, he’ll be the player to look out for.

Defensively, Spurs have been safe and sound. They have only conceded 25 goals and have kept a clean sheet in 46% of their league outings.

The referee for this fixture is Andre Marriner. The official has averaged 28.1 booking points in his 21 Premier League matches.

Chelsea vs Tottenham will be televised on Sky Sports Premier League and will kick off at 16:00 GMT in the UK.

Keep visiting the tips and preview area for further updates and betting previews for more previews from this weekends FA Premier League and SkyBet Championship action. We’ll also be posting this weeks Champions League games up from Monday so keep an eye out for those.