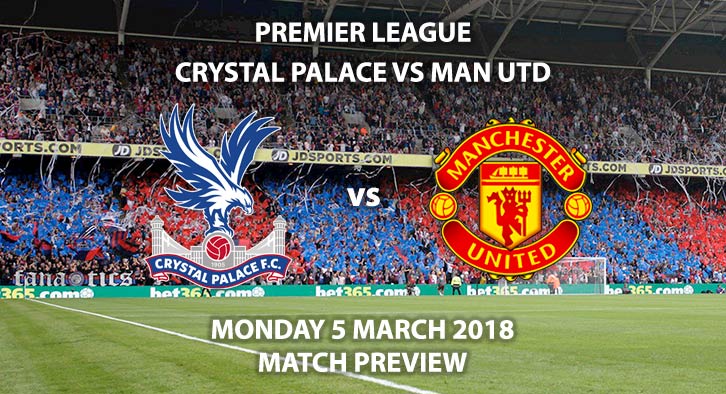 Jose Mourinho says that the “attitude must be special” for Manchester United to beat Crystal Palace in a match that means plenty to both ends of the league.

He was speaking in the pre-match press conference, telling his that victory over a ‘big team’ like Chelsea (they came from behind to brilliantly win 2-1 on Sunday) meant nothing without following it up with victory over Palace.

The race for the top four is at boiling point. Only 11 matches remain and just six points separates second (United) from fifth (Chelsea). United currently have a two and four-point advantage over Liverpool and Spurs respectively, but it could change so quickly.

Manchester City are steamrollering their way to the title, but second place seemed a formality for Mourinho’s team. That is no longer the case, and amongst the pressure a battle for the highest remaining positions ensues.

Liverpool and Spurs have both hit form at this crucial stage of the season with United in their crosshairs. It’s vital the 13-time Premier League Champions remained focused as anything less than second would be seen as failure.

The last time I previewed Palace, they were one point outside the relegation zone on an eight-match unbeaten run. Now after a poor run, that optimism has drained, and The Eagles are outside the bottom three on goal difference.

Roy Hodgson’s side are without a win in five, devastatingly conceding late to lose 1-0 to Spurs last time out. Despite having their wings clipped, The Eagles need to find their spark again or face the prospect of relegation.

The battle for the drop is an intense as ever. With West Brom cut adrift, 18th place Swansea are just six points away from top-half Watford. The Swans are revitalised under Carlos Carvalhal. Huddersfield have remerged with victories. Brighton have won two from their last three. Newcastle are unbeaten in four, with a victory over Manchester United to boot. It is too hard to call.

Either way, Palace need to somehow find an upturn in results themselves or face plunging deeper into the mire.

This will be a massive test to do so. United have the best defence in the league, conceding just 20 goals and keeping 15 clean sheets in 28 games. Stark contrast to Palace, only Stoke have conceded in more games (24) than The Eagles’ 23.

This is a massive worry. Despite the grumblings about Mourinho’s defensiveness, only Liverpool and City have found the net more than his team this year too.  In fact, United have scored two or more goals in 16 of their fixtures. It doesn’t bode well for Roy Hodgson and his men.

Neil Swarbrick will be the man in the middle for this one. Of the 19 referees to officiate a Premier League game this season, he has the fourth most lenient disciplinary record. Swarbrick has not yet dished out a red card, and on average gives only 2.5 yellow per match. This means his average booking points per fixture is just 25.0.

This is ideal for teams like Palace and United. Who, although only have the one red between them (United) rack up the yellow cards. 49 of them each in fact.

It is hard to look beyond Manchester United imposing their dominance and keeping a customary clean sheet at struggling Crystal Palace. Which will inevitably please Mourinho.

Crystal Palace vs Manchester United will be televised live in the UK on Sky Sports Football with kick-off at 20:00 GMT.

More markets will be added over the weekend prior to the game kicking off on Monday night.