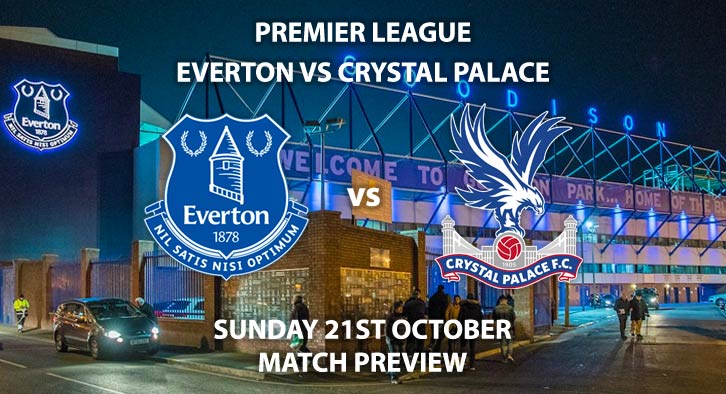 The Toffees’ 2-1 win at Leicester City a fortnight ago lifted Marco Silva’s side to 11th in the league, after collecting 12 points from their opening eight games. Gylfi Sigurdsson has three goals in his last two games, which has seen them claim six points. The Icelandic playmaker has looked much more at home this season playing his favoured number ten position. Under Sam Allardyce, he was often shoved out on the left, which failed to get the best out of their former record signing. Now he is creating, and more crucially scoring, important goals. Richarlison has also enjoyed a fine start to life on Merseyside, with four goals for Everton and two for Brazil so far this season. The 21-year-old’s goals are vital with both Cenk Tosun and Oumar Niasse struggling for form upfront.

Palace have been rocked by Wilfried Zaha’s injury during the international break. There were initial fears the Ivory Coast international could miss two months, but Roy Hodgson has confirmed he will face a fitness test before their trip to Goodison Park this weekend. Palace have lost their last 16 games that Zaha hasn’t played, so losing him would be a huge blow. Palace have only collected four points from their last seven games. They face Manchester United, Tottenham, Chelsea and Arsenal in their next four games, so they desperately need to pick up some results. They currently sit in 14th, four points above the relegation zone.

Anthony Taylor is the referee for this game. The Englishman has officiated eight league games this season. He has collected an average booking points total of 38.8 in that time. As a result, I would advise a maximum total of 50+ points for this fixture.

This game has a lot riding on it for both sides. If Everton could win, they would hit a nice run of fixtures with some momentum. For Palace, their upcoming games makes this a must-not-lose fixture. If Zaha isn’t able to start, I struggle to see them picking up anything form this game. Therefore, I’m going for a home victory.

Everton vs Crystal Palace will be televised live in the UK on Sky Sports Premier League with Kick-Off at 16:00 GMT.