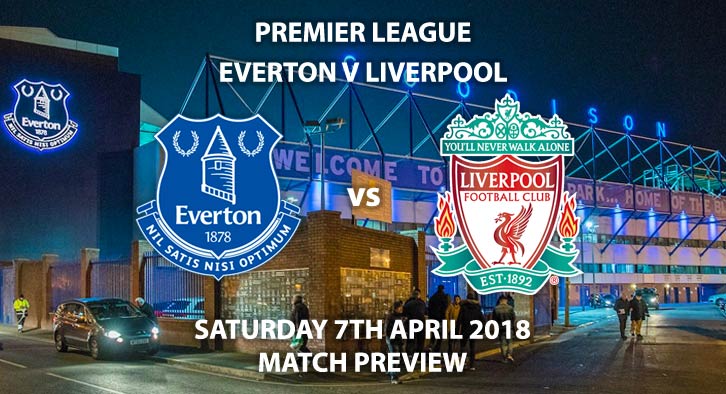 Everton vs Liverpool: Liverpool take a trip to Goodison Park in the Merseyside derby as they look to go second in the Premier League table.

After a fantastic 3-0 win in midweek against Manchester City, Liverpool will be hoping for victory against their biggest rivals. With the second leg of that clash to come next Tuesday, Jurgen Klopp will have to rotate his squad. Mohamad Salah was taken off on Wednesday with a slight groin problem, making him a doubt for Saturday’s derby. I can’t see them taking the risk with their Egyptian maestro, given their upcoming games. Whilst they hold a commanding lead against City heading into the second leg, they will not take anything for granted, which could impact their team selection for this game. A win for the Reds will take them above Manchester United into second, ahead of the Manchester derby later in the day.

Everton come into this game in ninth place, 26 points behind their rivals. With Sam Allardyce’s team 12 points ahead of the relegation zone, there is no fear of the Toffees going down. Their main aim is to build some momentum ahead of next year, as ‘big Sam’ continues to assess his squad ahead of the summer transfer window. Cenk Tosun has been in good form recently, with four goals in his last five league games. With a full pre-season under his belt, there is a real belief the January addition could help to replace to void left by Romelu Lukaku.

Liverpool have lost just one of their last six games in all competition. By contrast, Everton have won three and lost three. Everton have, however, won three of their last four home games. Michael Oliver is the referee for this game. The Englishman has the second highest average booking points total in the league at 39.8. He has issued 88 yellow cards and 5 red cards in his 25 league games this year.

Whilst on paper, Liverpool are clear favourites for this game, it’s tough to say how they’ll perform in his game. Thus, I’m only predicting a narrow win for the Reds but don’t be shocked if this game ends up a draw.

Everton vs Liverpool will be televised in the UK on Sky Sports Premier League with kick off at 12:30 GMT.

Odds and markets last updated on 7th April 2018 @10:25 GMT. Markets may be updated prior to kick off so keep checking back before kick off for any further updates or markets.