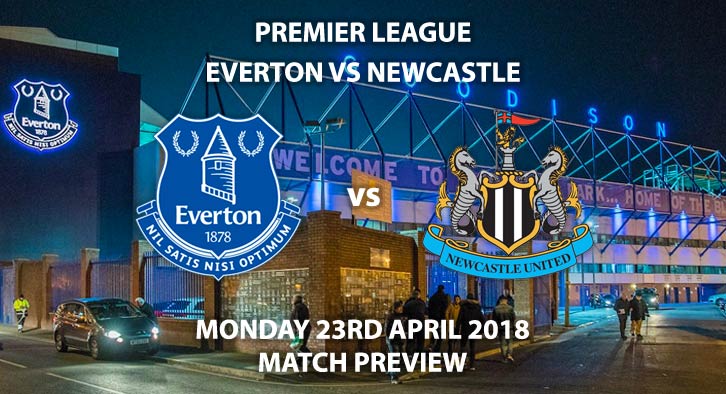 Everton vs Newcastle United – With Newcastle all but securing their Premier League status after a fantastic run of results, they travel to Everton for a clash as mid-table as they come with 9th hosting 10th.

Rafael Benitez has masterminded an extremely productive season at the helm of Newcastle United. With almost no funds afforded to him amidst Mike Ashley’s desire to sell the club, The Magpies are now on 41 points with five games left. A great return.

Newcastle’s guidance into safety is largely on the back of the four consecutive victories they have garnered. Victories against rivals Southampton and Huddersfield were supplemented with excellent wins away at Leicester and against Arsenal at St. James Park.

Despite Newcastle being below Everton, the atmosphere is completely different within the two clubs. Toffees fans are voicing their discontent of Sam Allardyce’s methods and playing styles. These concerns were voiced via an internal questionnaire given to the fans asking to rate their satisfaction. It didn’t turn out well for the veteran manager.

Even though the momentum is diverse, Newcastle have to overturn some dreadful recent form in this fixture to get the win. The Toon have won just once in the last ten meetings between the sides, losing eight times. Newcastle haven’t even managed a goal in the previous four clashes.

It is hard to look past this being a tense match where defensive play is king. Wayne Rooney has scored ten league goals (but has none in 14 games, since January) and Oumar Niasse has seven, but other than that no player in either side has managed to find the net more than five times.

Everton will hope to continue their solid home form, sitting as high as 7th place in that metric and only losing five times in 17 games. Newcastle, have good away form, reaching 8th. This truly is a middling game for the Premier League that could go either way.

Bobby Madley is officiating this one, for what will be his 18th Premier League game of the campaign. The high-profile referee has only given out 56 yellow cards and two reds this season. With both teams only receiving one sending off this term the stats suggest it’ll be unlikely that tally will be increased.

Everton vs Newcastle will be televised live in the UK on Sky Sports Football HD with kick-off at 20:00 GMT.

With Newcastle now seemingly having nothing to play for, and Everton not in the greatest of form, this one will be tight.

Both the above markets can be found in the 80/1 and above request a bets on Sky Bet.

Odds and markets last updated on 23nd April 2018 @17:35 GMT. Markets will unlikely be updated ahead of kick off.