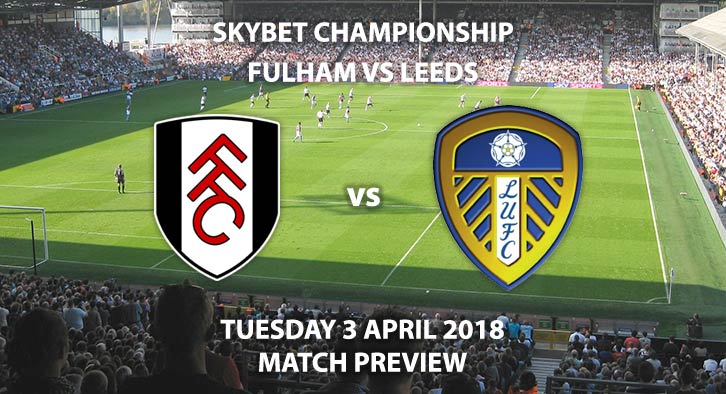 Fulham vs Leeds – We are now in the business end of the season and Fulham will face Leeds in the SkyBet Championship with their play-off place all but sorted with seven matches left.

Both sides have endured rather different campaigns. The hosts have had a monumental climb up the Championship table after a lackadaisical start to their season. Whilst their opponents have faded into mediocrity after big expectations for them.

Fulham are currently 3rd in the SkyBet Championship and are cruising to a play-off place come the end of the season. Cardiff in second place are seven points ahead. It’s not an impossible gap to close however it could be a stretch too far. Fulham’s attacking play has been a joy to watch. They often like to dominate possession and dictate the tempo of any match. They have the second highest goal tally in the league; with 68 netted in their 39 matches.

In those 39 matches, they have scored two or more goals in 50% of them with Ryan Sessengnon stealing headlines. The 17-year-old has 14 goals and five assists. Defensively, Jokanovic’s men haven’t been as solid as the teams surrounding them in the league. They have conceded 41 goals and kept a clean sheet in 26% of their outings.

Leeds are currently 12th in the SkyBet Championship with very little left to play for. Their recent win over Bolton was not a convincing one as they only managed 44% possession however had 16 attempts on goal. Leeds have been rather effective in attack with 52 goals from 39 matches. They have scored two or more goals in 39% of their league matches with frontman Pierre- Michel Lassoga the most clinical. The German has 10 goals and three assists.

Their defence has been the downfall this season. Leeds have conceded 54 goals from 39 games and kept a clean sheet in only 26% of their away league fixtures. With very little to play for, it will be hard to see them keeping out a Fulham side that is enjoying dominating possession and peppering goalkeepers.

The referee for this match is Peter Bankes. The official has awarded an average of 40.6 booking points in his 25 Championship matches.

Fulham vs Leeds will be televised on Sky Sports Football and kicks off at 19:45 GMT in the UK.