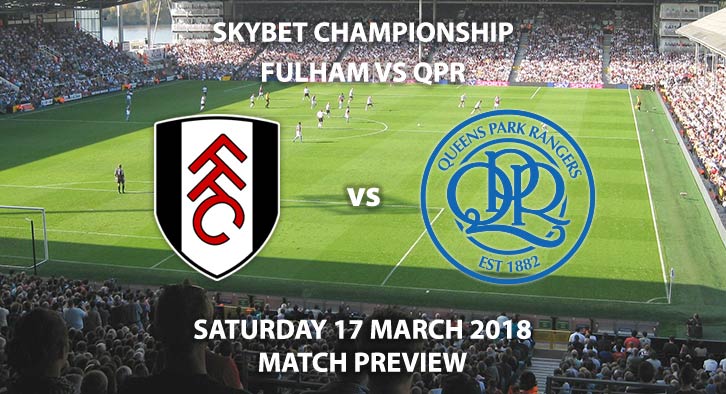 The hosts are still looking to solidify a top six spot and to put pressure on the automatic promotion places. Meanwhile, their visitors are on a high after their victory against promotion hopefuls Aston Villa.

Fulham are currently 4th in the SkyBet Championship and are the ones to watch with their impressive surge up the table. They have become one of the most entertaining footballing teams in the league and are now the second highest scorers in the Championship behind Wolves and have scored 64 goals in 37 games. They have managed two or more goals in 48% of their league matches. Leading the line is young talent Ryan Sessegnon who has bagged 14 goals with 4 assists.

Defensively Fulham are one of the stronger sides in the race for a play off place. They have conceded 39 goals all season and have managed a clean sheet in 27% of their matches. The attacking prowess of Fulham has managed to get them out of trouble however, as they aren’t unfamiliar with a late stoppage time winner. Fulham should be too strong for QPR.

QPR are currently 15th in the SkyBet Championship and comfortable for a safe midtable finish. Ian Holloway hasn’t pulled out anything spectacular however a host of injury problems during the campaign has allowed excuses for some sub-par form at times. Their attack has managed to score 43 goals this season in the league, with two or more being scored in 33% of their matches. Matt Smith has been the most prolific in a blue and white shirt this season with 8 goals and 6 assists.

QPR’s defence has been injury plagued throughout the season and at times has struggled against the Championships more potent attacks. They have conceded 53 goals, one of the worst tallies in the league. In their 37 outings, they have kept a clean sheet in 19% of them. For a side around their position in the table, statistics such as these are expected.

The referee for this match will be Chris Kavanagh. The official has not been too lenient in his six Championship matches, awarding an average of 33.3 booking points. However, Fulham have averaged only 18 booking points and QPR have averaged 18.9, so don’t expect loads of cards.

Fulham vs QPR will be televised live on Sky Sports Football in the UK with kick off at 12:30 GMT.