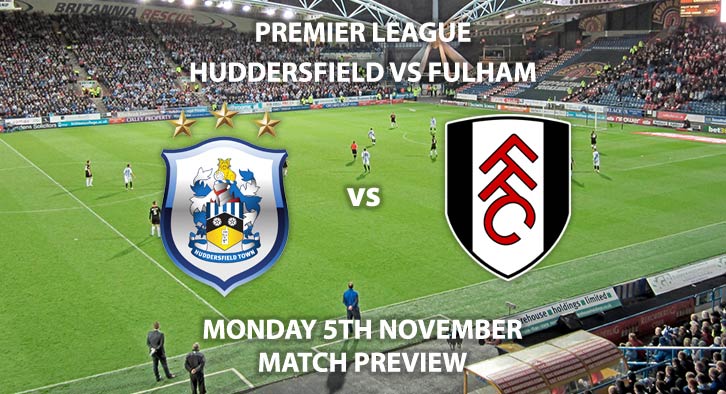 The Terriers are yet to win in the Premier League this season and currently sit bottom of the table. They’re the only side in the top flight yet to win this campaign and have just three draws to their name. With ten games gone, the writing seems to be on the wall for David Wagner’s side. Certainly, if they don’t invest in January they look destined to drop into the Championship. Huddersfield’s main issue has been scoring goals. They’re the lowest scorers in the league with just four goals in ten matches. They’re yet to score at home this season; a run of five league games. Last time out, they were convincingly beaten by Watford 3-0. As a result, this game feels like a proverbial ‘six-pointer’, even with only ten matches gone.

Similarly, Fulham have endured a torrid start to the campaign. Slaviska Jokanovic’s side have won just once this season and have lost their last seven league games. Having spent big in the summer, investing over £100M in the squad, the heat is starting to build on Jokanovic. They have the leakiest defence in the league, having conceded 28 goals in ten matches, an average of almost three per match. No matter what, no side can stay up leaking that number of goals. If they’re to get anything from this game, or the season, they must tighten up at the back. Offensively, the goals have also dried up. Fulham have scored just four goals in their last six games. Alexandar Mitrovic’s last strike came in September, a run he will need to end on Monday night if Fulham are to take anything from the game.

Anthony Taylor is the referee for Monday night’s clash. The Englishman has an average booking points total of 37, accumulated over ten top-flight matches. As a result, I would recommend a maximum of 50+ total points for this fixture.

This is a huge game for both sides. Jokanovic dare not lose this clash, or he could be fearing for his job. With Fulham leaking at the back, and Huddersfield unable to find the net, I see this being a low-scoring draw.

Where to watch the game:  Huddersfield Town vs Fulham will be televised live in the UK on Sky Sports Football with kick off at 20:00 GMT.