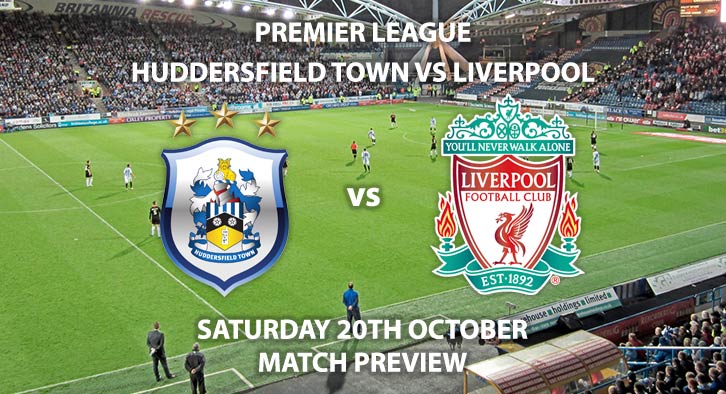 Huddersfield vs Liverpool – both clubs are at different ends of the table, with the hosts struggling to find their first win of the campaign. Meanwhile the visitors are yet to lose a match with six wins and two draws from eight matches. It’s clear who the favourites are for this one.

Huddersfield have a tough afternoon in for them, as SkyBet have priced them at 9/1 to cause a huge upset. This match will mark the third time that former assistant to Jurgen Klopp, David Wagner, will be battling it out against his old master. They haven’t been in great form at home as of late. The terriers haven’t even managed to score a goal in front of a home crowd yet. SkyBet have priced them at EVENS to manage this feat.

All eyes are turning to Laurent Depoitre to get them out of this rut, however the striker has been on a goal drought himself with his last professional goal being score in May.

The visitors are in flying form without a loss so far this season. SkyBet have priced them at 1/3. Goals have not been an issue for Liverpool with 15 scored in their eight matches. The front three has been firing on all cylinders yet again. Sadio Mane has four goals, Mo Salah has three whilst Daniel Sturridge and Roberto Firmino both have two each. Firmino has been price boosted to 5/1 to score first.

Despite their dominant attacking prowess, Liverpool have not produced as many corners as expected this season. They’ve won five corners or less in six of their eight league matches. They’re priced at 1/5 to have more corners. However, their backline has been immense so far. They’ve only conceded three times and they certainly won’t face their toughest test this weekend. Liverpool are priced at 10/11 to win to nil.

The referee for this match will be Michael Oliver. The official has averaged 31.4 booking points in his 7 Premier League matches.

Huddersfield vs Liverpool will be televised on BT Sport 1 and kicks off at 17:30.

– Klopp’s men should be in for an easy three points against a struggling Huddersfield side. The fact its price boosted makes it even more worth backing.