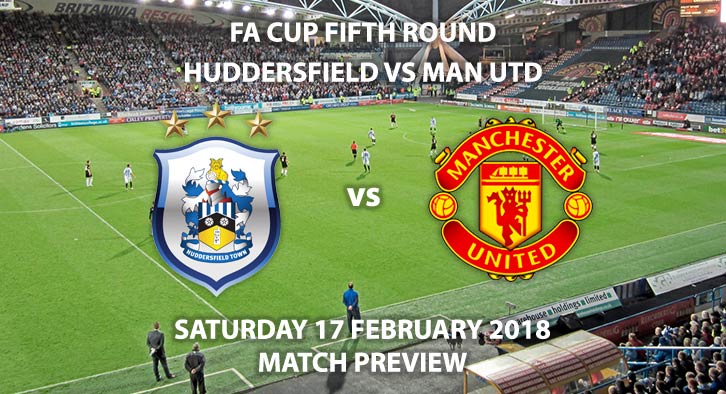 Both teams comfortably advanced through the last round, with the hosts, Huddersfield, performing an extra-time extravaganza netting three quick goals in succession against Championship strugglers, Birmingham City. Saturday’s visitors dispatched of Yeovil Town in another FA Cup mismatch.

David Wagner’s Huddersfield will be hoping they can turn their fortunes in front of goal as they have only scored two or more goals in 18% of their Premier League matches this year whilst the visitors have achieved two or more in 55% of their league matches. The clear gap in league positions was illustrated when these two met in the league only a couple weeks ago. Jose Mourinho’s side ran out 2-0 victors however now Huddersfield will have the home advantage that can claim to be a crucial factor in cup scenarios.

Both clubs have also been rather ill-disciplined this season in the Premier League as they have both been awarded an average of 18.3 booking points. Huddersfield have grown a reputation of being a physical side that at the start of the season where very hard to break down, however referee Kevin Friend is one of the more lenient officials in the Premier League as he has only an average of 25 booking points in his 14 matches.

Manchester United will not have much hope in chasing their rivals Manchester City for the Premier League title. As a result it is likely that Mourinho will put more focus into the FA Cup. David Wagner’s side will be focusing on Premier League survival. Whilst a good cup run will boost confidence, the risk of injuries could be too important. It is therefore unsure how strong Huddersfield will line up at the John Smiths Stadium.

With only one leg of this fixture to play, it is likely that Huddersfield could cause an upset however Manchester United’s firepower is a hard factor to look past. With Romelu Lukaku finding his shooting boots with 12 goals and five assists and Alexis Sanchez settling in with the Red Devils, you’d be a brave man to bet against Saturday’s visitors.

Huddersfield vs Manchester United will be televised on BT Sport 2 from 5:30PM in the UK.

More markets will be added tomorrow afternoon prior to the game kicking off in the evening. Keep visiting the tips and preview area for further updates and previews for this weekends FA Cup action.