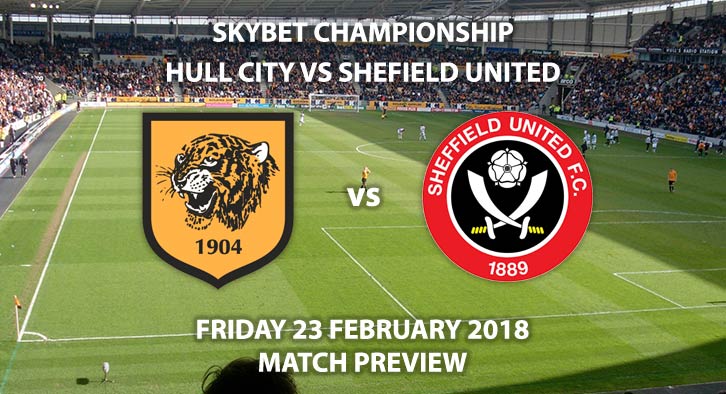 The Tigers moved out of the relegation zone last week following their 2-0 victory at Nottingham Forest. Defeat to Middlesbrough, however, in midweek halted any momentum as they lost 3-1. That league win was the clubs first in nine games, a run stretching over two and a half months. Nigel Adkins’ side currently sit one place above the drop zone as they bid to avoid successive relegations. The Hull boss will be hoping that the win can be the catalyst to spark them into life ahead of a run of crucial fixtures. With only two points separating 23rd and 20th, the relegation battle looks to be heading down to the wire.

Hull have the best goal difference of anyone in the bottom eight, which indicates that fine margins have dictated their campaign so far. Goals haven’t been hard to come by, it’s keeping them out that is the problem. Nobody in the bottom half of the table has scored as many goals the Adkins’ men, but only four have conceded more.  Hull have drawn their last four home games, with their last victory coming against Brentford almost three months ago.

Sheffield United got back to winning ways last week with their victory over Leeds United. They followed that result up in midweek with a win against QPR as they came out 2-1 victors. Back to back league wins has seen the Blades move up to seventh in the table, one point off the play-offs. A favourable run of fixtures could see the Blades move back into the top six. Chris Wilder seems to have got his side doing the basics well again, which has coincided with their upturn in form.

Hull have won only one of the clubs last 15 league meetings, with United winning nine. Their last victory at the KCOM came back in 2010, the last season these two teams were in the same division. Simon Hooper is the referee for Friday night’s Yorkshire clash. He has an average booking points total of 41.4 this season and is one of the division’s most experienced referees. He has shown an average of 3.7 yellow cards a game, and 0.2 red cards across 22 games.

I think that United will win this game. It should be a tight affair, with both teams needing the points for very different reasons. My safest bet would be United or draw, with BTTS and United to win a good bet at longer odds.

Hull City vs Sheffield United will be televised live on Sky Sports Football tonight with kick off at 7:45PM GMT.

More markets will be added later today prior to the game kicking off on tonight. Keep visiting the tips and preview area for further updates and previews for the remainder of this weekends fixtures.