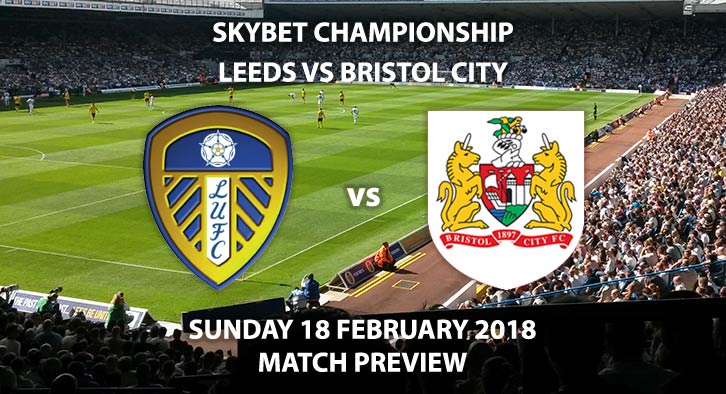 The former Barnsley boss suffered defeat in his first game in charge, as they lost 2-1 to Sheffield United. It was, however, a much-improved performance from the Whites, who will now be looking to build some momentum ahead of next season. I stressed this last week and I will reiterate it again if Leeds are to be successful under Heckingbottom he needs time. Leeds are now eight points behind their visitors this weekend, so three points are absolutely imperative if they’re to hope of making the top six this season. Even if they don’t reach that target this time around, the remainder of this campaign can be used to assess the squad and work out where he needs to strengthen in the summer.

Bristol City currently sit in eighth, three points clear of seventh. Having been in the play-offs for the majority of the season, there is big pressure on Lee Johnson’s men to see through their great season to the end. A run of just one win in their last ten games has put that in jeopardy, with the Robins surrendering a three-goal lead in their last game to draw 3-3 with Sunderland. Results like that can only bread nerves and if they want to secure their place in the top six they need to rediscover their form from earlier in the season. Having lost four of their last five games away from home, that improvement needs to start on Sunday. The return to form and fitness of record signing Famara Diedhiou. The French striker grabbed a brace in their last game and will provide much-needed support for top scorer Bobby Reid.

Simon Hooper has been appointed as the referee for this game, fresh from refereeing Brentford vs Preston last weekend. Hooper has an average booking points total of 41, although he did show five yellow cards and one red in his last match. That was the officials fourth red card of the season, which is one of the lowest in the league. Leeds have won nine of their last 11 meetings, losing just once. The visitor’s last win at Elland Road came back in 1979 and they have lost every visit since.

I expect a tightly contested game on Sunday, with both teams desperate for a vital three points. I think this one will be a draw, which would suit neither side.

Leeds United vs Bristol City will be televised in the UK on Sky Sports with kick-off at 4:30 PM.