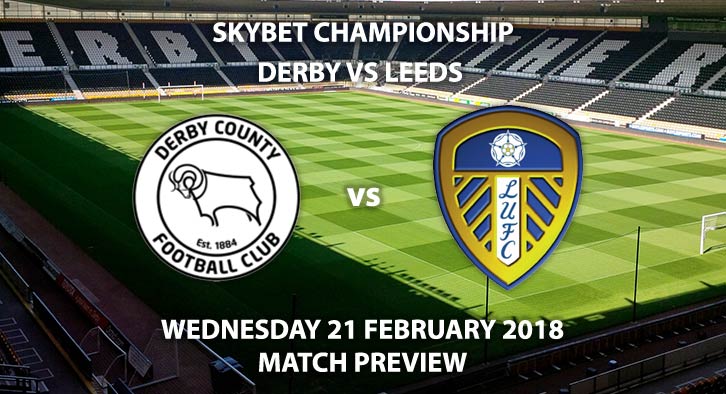 The Whites’ troubles have taken them completely away from the play-off race. Now in 11th, Leeds are eight points away from their last opponents, Bristol City, in 6th.

A winless run stretching back all the way to Boxing Day (nine games) saw the end of Thomas Christiansen’s spell in charge. Six defeats in those nine games see Leeds needing somewhat of a dramatic turnaround to salvage what was a seemingly promising campaign.

Derby’s fantastic unbeaten streak of 12 games finally came to an end against Sheffield Wednesday last time out. The criticism that can be had is that Gary Rowett’s side pick up way too many draws. They’ve drawn three of the last five and dropped out of the coveted automatic promotion spots. The Rams are now in 4th, one point behind Aston Villa and three points behind Cardiff City.

This leaves the match will plenty to play for, as Leeds are still within an outside chance of making the play-offs. Derby meanwhile will hope to put the disappointment of defeat against Wednesday behind them and make a real charge for the top two in the final stages of the season.

The game is likely to be tense and tight as a result of this. Looking at the two team’s defensive records it would suggest the same. Derby’s 16 clean sheets can only be bettered by league leaders Wolves, whilst Leeds themselves have kept 12.

The Championship’s leading scorer Matej Vydra could once again be the difference. The Czech forward has 17 goals in 28 appearances and has seemed to once again find the form that helped Watford get promoted a couple of seasons ago.

The referee for this one is Keith Stroud and he could have his work cut out for him. Of the 32 officials to take charge of a Championship game this year the Englishman gives out the joint-fifth highest average booking points (with 47.2).

Leeds have picked up an astonishing six red cards so far this term. In addition to their 60 yellow cards this gives Leeds the division’s second-highest average booking points per game with 23.4. By contrast, Derby have the third-best disciplinary record in the league. The Rams have not been awarded a single red card, and with their 50 yellows have an average of just 15.4 booking points per match.

An expectant atmosphere at Elland Road will be difficult for Derby to manoeuvre but their resilience will see them come away from Yorkshire with a point.

Leeds vs Derby County will be televised live in the UK on Sky Sports from 19:30PM.

More markets will be added over the weekend prior to the game kicking off this evening. Keep visiting the tips and preview area for further updates and previews for the remainder of this weeks fixtures.