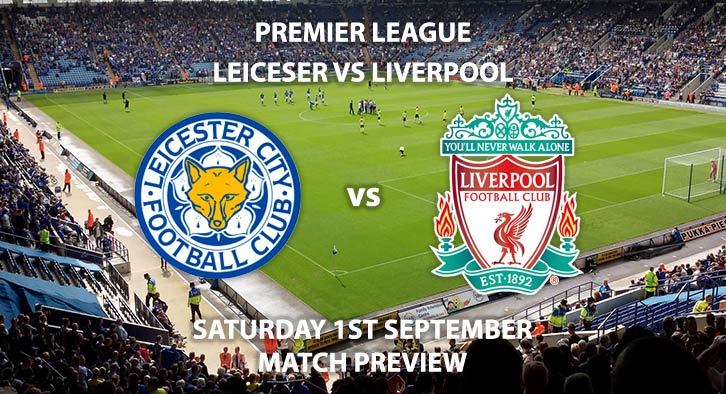 Leicester City vs Liverpool – A tricky test at Leicester faces Liverpool as they look to continue their perfect start to the season.

Whilst trouble blooms across the M62 for a certain Manchester club, Liverpool seem to be going from strength to strength. The now infamous defeat against Brighton for United has delightful symmetry for Liverpool fans, swatting away the same opponents despite also not being at the usual best.

Jurgen Klopp’s side took a fair share of stick for defensive frailties last season, but are yet to concede a goal this term. Much of that has been down to the much-discussed impact of defensive colossus Virgil van Dijk. In fact, no side has kept more clean sheets or conceded less goals since his arrival at Anfield in January.

That puts into perspective the potentially frightening team that Klopp is in the process of building. The fearsome attacking trio of Sadio Mane, Roberto Firmino and Mohammed Salah smashed a total of 91 goals last season. Mane (3) and Salah (2) are already both off to a flying start too.

Liverpool currently sit in first and are serious title contenders, make no bones about it. Additions in key areas such as Alisson in goal and Naby Keita and Fabinho in the middle are essential. 2017/18 runaway Champions Manchester City have already dropped points against Wolves, so the impetus is on Liverpool to keep winning. Thus, proving their genuine credentials.

Leicester will be no easy foes, however. Claude Puel’s side came 9th last season after a rocky start, and will be looking to improve on that finish. There is no reason The Foxes cannot be the ‘best of the rest’ after the big six.

A solid start, whilst being unfortunate to lose the opener 2-1 to United, puts Leicester in good stead this campaign. Victories over Wolves and Southampton, via a last-minute 25-yard winner from Harry Maguire, have fanned the flames of optimism. Missing talisman Jamie Vardy through suspension will be a big blow though. A win would put these two sides level on points, a big coup.

Paul Tierney is the man in the middle for a third Premier League fixture this season. Tierney has given three and four yellows in the Burnley vs Watford and Newcastle vs Chelsea games respectively so far. A consistent and middling total. Should Liverpool’s attack run The Foxes defence ragged, cards could be induced, such as for Aaron Wan Bissaka against Palace.

Come the end of the season, Leicester are seeking a foray into Europe. Liverpool are desperately gunning to end the 29-year title drought. This should prove to be a Premier League match of the highest order, with quality throughout.

Leicester City vs Liverpool will be televised live in the UK on Sky Sports Premier League with kick-off at 12:30 GMT.