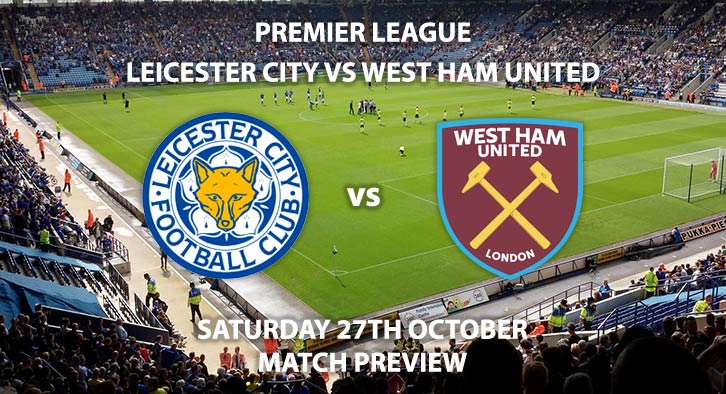 Both teams are occupying mid-table positions with five points between them. The hosts will be hoping to bounce back from a torrid time at the Emirates. Meanwhile West Ham will also be looking to make amends after losing 1-0 to rivals Tottenham.

Leicester are priced at 11/10 by SkyBet to win this weekend. They’ve lost their previous two outings and will be wanting to let their attack flourish a little more. Jamie Vardy and new signing James Maddison both have three goals each and look impressive so far this season. Maddison is a danger from a set piece and is 6/1 to score first.

The Foxes defence has been shaky so far this season with 15 conceded from nine matches. They’ve let in two or more in 50% of their home matches so far so will be wanting to make the King Power Stadium more of a fortress. Both teams to score is 8/11.

West Ham are priced at 13/5 to win on Saturday. Despite their heavy investment in the summer, their team is yet to gel to its full ability. Marko Arnautovic has bagged himself four goals and one assist and is definitely the shining light for the Hammers. The big Austrian is 7/4 to score anytime. I would expect goals in this one also, with four of West Ham’s last five away games providing over 3.5 goals. The market is priced at 5/2 to make it five in six away matches.

The Hammers defence needs to improve if they are to climb up the table. They have conceded two or more goals on 50% of their away days and are yet to keep a clean sheet on the road.

The referee for this match will be Michael Oliver. The official has averaged 30 booking points in his nine Premier League matches.

Leicester City vs West Ham United will be televised on BT Sport 1 HD and kicks off at 17:30.

Tough to split these two sides. Honours even.