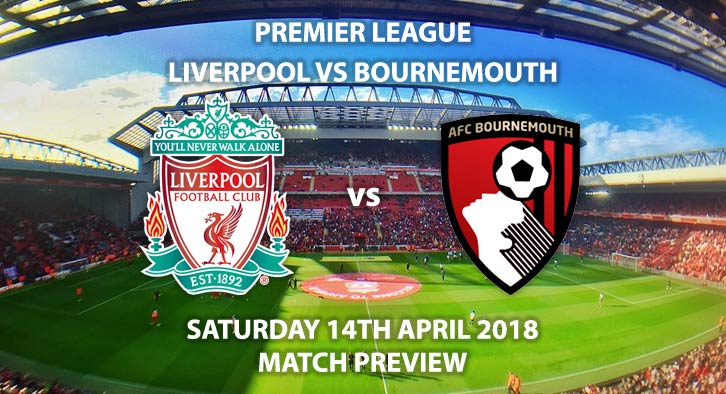 After conquering Manchester City and reaching the semi-finals of the Champions League, Liverpool return to Premier League action against Bournemouth in the pursuit of finishing second.

Jurgen Klopp’s team were a massive part of a phenomenal round of Champions League action. After winning 3-0 at Anfield, The Reds finished the job with a 2-1 win at The Etihad to topple the favourites Manchester City 5-1 on aggregate.

Mo Salah, as always was instrumental – scoring the vital away goal on Tuesday to put the result beyond doubt. That was his 38th goal of the campaign and the Egyptian is breaking all sorts of club records.

Salah’s 29 Premier League goals have helped to all but secure Liverpool’s Champions League place for next season. Klopp’s side are 3rd with 67 points after 33 games, ten ahead of the flailing Chelsea in 5th. March’s loss to United has given Mourinho’s side the impetus to finish in 2nd, but the race isn’t over yet.  Tottenham Hotspurs’ league-leading form has also seen them catch Liverpool’s points tally, with an additional game in hand.

Consecutive top-four finishes and a real pursuit for the Champions League will constitute progress and an excellent season. Moreover, the attractive manner in which Liverpool have played their football will be something fans can be proud of. Liverpool’s tally of 75 league goals and scoring two+ in 21 games is only bettered by City (90 and 26).

Bournemouth have truly established themselves as a mid-table side. After flirting with the relegation battle, wins over Arsenal, Chelsea and Stoke propelled them from danger’s reach.

Eddie Howe’s side are now 11th in the table, just behind Newcastle in the top half on goal-difference. One win in seven will not please Howe, but it feels as if the job is done for this season. The sheer number of teams between them and 18th place all but secures their Premier League status.

It seems vastly unlikely that The Cherries form will improve after this fixture. Liverpool’s loss to United was their only league defeat since January. Perhaps more pertinent, is that Klopp’s team remain the division’s only unbeaten side at home. The Reds have scored in their last seven at Anfield too.

Chris Kavanagh takes charge of this one, for his 13th Premier League appearance of the campaign. In the previous 12 he has given out 40 yellow cards and two reds, ranking him 6th of 19 in the league for average booking points per game, at 37.5.

Bournemouth have famously defied the odds to beat Liverpool before, coming from 3-1 to win 4-3 last season. However, this seems like a very different Liverpool side, one that is relentless in their quest to improve. The Reds may rotate after an exhausting week, but will still have too much for their South Coast opponents.

Liverpool vs Bournemouth will be televised live in the UK on BT Sports 1 with kick-off at 17:30 GMT.

Odds and markets last updated on 14th April 2018 @10:30 GMT. Markets unlikely to be updated prior to kick off.