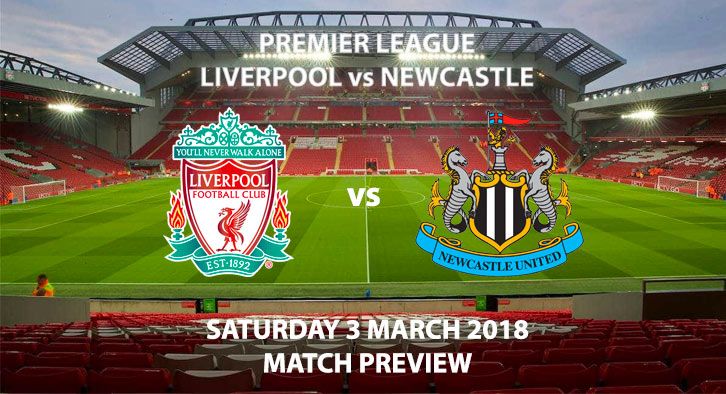 Liverpool vs Newcastle: Liverpool will be looking to move up to second in the table when they face Newcastle at Anfield

The Reds come into this match in third spot, two points behind Manchester United. Jurgen Klopp’s side have won four of their last five games, scoring 14 and conceding just three. Mohamad Salah, Roberto Firmino and Sadio Mane were in the goals again at the weekend, as they brushed past West Ham.

The 4-1 victory showcased the Reds’ potent attack, whilst POTY contender Salah grabbed another goal. Whilst most, including myself, expect Kevin De Bruyne to collect the award at the end of the season, Salah has been extraordinary. Any other campaign, he would’ve walked the nomination. There is a serious case to be asked as to whether he has had the greatest ever debut campaign in Premier League history. To be matching the goals scored by Serio Aguero and Harry Kane, both strikers, is phenomenal.

Newcastle sit in 15th place, two points clear of the relegation zone. Rafa Benitez’s side threw away a two-goal lead last time out, as they drew with Bournemouth. After dominating the game for 70 minutes, and missing multiple chances, it was a cruel blow for the Toon Army as Dan Gosling’s 90th-minute equaliser grabbed the Cherries a point. With no defeats in four, things seem to be looking up for Newcastle. Their historic win over Manchester United could be the catalyst to see them out of danger. Dwight Gayle’s brace on the South Coast could be big for his confidence whilst Islam Slimani is unfit. With big games against Southampton and Huddersfield later this month, maintaining their unbeaten run could be crucial.

Liverpool have won just one of their last five meetings with Newcastle. Their last victory came at Anfield back in 2015, whilst Newcastle’s last win at Anfield came back in 1995. They did draw on their last trip to Merseyside though, a 2-2 draw in April 2016.

Graham Scott has been appointed as the referee for this game. The Englishman has the second lowest average booking points total this season. He has averaged a score of 21.8, showing just 28 yellow cards and 2 red cards across 14 games.

If Liverpool want to seriously challenge for the league next season, they have to win games like this. Whilst they’re in good form at the moment, these are the fixtures where they have slipped up in the past. Yet, I still expect them to win on Saturday and thus will move above United in the table.

Liverpool vs Newcastle will be televised live on BT Sport in the UK with kick-off at 17:30 GMT.