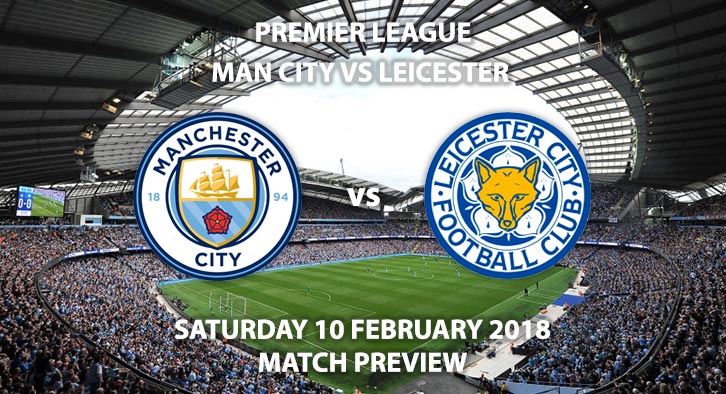 After dropping points at Burnley at the weekend, Pep Guardiola will be desperate for his side to get back to winning ways. With Everton the only side to come away from the Etihad with anything this season, Leicester will have their work cut out. After Leroy Sane ruled out for six weeks following his injury it City’s 2-0 FA Cup win over Cardiff, the club had hoped to bring in Foxes’ winger Riyad Mahrez. That deal collapsed on deadline day, with Mahrez yet to play or train since. The Algerian winger appears to now be on strike, hurt by Leicester’s failure to help secure him a move away from the club.

As a result of that failed deal, Guardiola named just six substitutes in their draw with Burnley at the weekend. This drew a vast amount of criticism, with many questioning why Guardiola didn’t simply move someone from City’s 200 million-pound academy.  Having already offered first team football to a number of academy graduates, it’s clear the Spaniard was merely illustrating a point to his board; he needs reinforcements. In midweek City face a trip to Basel in the Champions League before facing Wigan in the FA Cup, a week that could make or break their season. With City’s high number of injuries, it will be interesting to see how Guardiola rotates his squad for three games in nine days.

With Mahrez missing, Leicester will be looking for someone to fill that void as they go in search if three points. New signing Fousseni Diabate impressed on his debut against Peterborough as he grabbed two goals in their 5-1 win. Many have pointed to the Frenchman’s direct skilful play as an indicator he could replace the Algerian, whilst Foxes’ fans will be hoping to also see more of Demari Gray. With the hopes of another European tour, this time in the Europa League, on offer, Leicester cannot afford to lose ground in the race for seventh. With just one defeat from eight games, Claude Puel’s side have every chance of finishing the season in that spot, a testament to how well the Frenchman has done since taking over from Craig Shakespeare.

Manchester City have won two of their last six fixtures against Leicester. The Foxes have a good recent record against City, winning and drawing four of those meetings. Having met twice already this season, Puel’s side will be hoping to gain a victory, having lost the reverse league fixture 2-0 and losing on penalties in the Carabao Cup fifth round. Mike Jones has been appointed as referee for this fixture. Jones has refereed just ten Premier League fixtures this campaign, dishing out 3.3 yellow cards per game and one red card. His average booking points total of 35.5 is fairly average and in keeping with his fellow officials.

Despite Leicester’s fairly good recent record against Manchester City, I think they’ll lose out. Guardiola’s men are a different beats this campaign and despite a depleted team, they should still have enough quality to win this game.

Manchester City vs Leicester City will be televised live on Sky Sports in the UK.

BTTS and over 2.5 goals – (link no longer available)