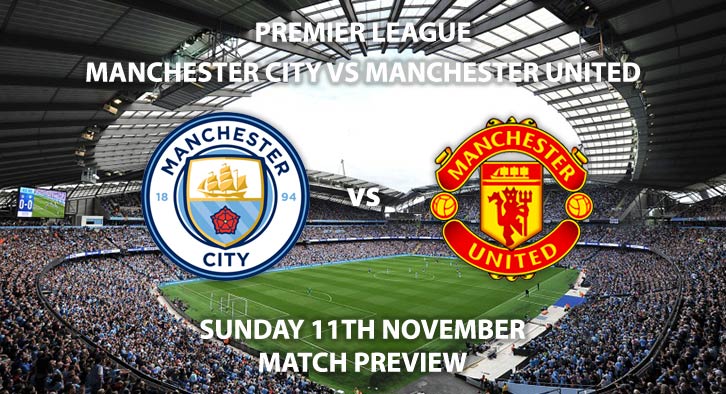 Pep Guardiola’s side hold a two-point lead at the top of the table, with Liverpool and Chelsea just behind them. They prepared for this match in style, as Gabriel Jesus’ hat-trick secured a 6-0 win over Shakhtar Donetsk in the Champions League. Raheem Sterling grabbed the headlines with his mesmeric run for City’s third of the evening as he continues his fantastic form at the start of the season. The Englishman has just signed a new deal with the club that will run until 2023. Guardiola’s main decision will be whether to restore Aguero back to the starting XI or stick with Jesus after his midweek treble. The Argentine will probably get the nod upfront; he has a fantastic record against the Red Devils, with seven goals in nine league meetings.

Manchester United will be looking to build on their dramatic midweek win over Juventus against their nearest rivals. Goals from Juan Mata and an Alex Sandro own-goal completed the turnaround, with both strikes coming in the final five minutes. Mourinho’s side have won five of their last six games after seemingly being set to lose his job not so long ago. Anthony Martial’s form has been a huge bonus, whilst Paul Pogba has also improved in recent weeks. If Mourinho is to truly win the fans back around, he could do with a positive result in this match. Nothing would give their supporters more satisfaction than another win over their noisy neighbours.

Anthony Taylor is the referee for this game. The Englishman has officiated 11 games in the top flight this season, accumulating an average booking points total of 36.4. Therefore, I would recommend a maximum of 50+ total points for this game.

This is sure to be a great spectacle, with Guardiola still yet to beat Mourinho at the Etihad in three meetings. We were treated to five goals last year and I reckon we might see a few more on Sunday.

Where to Watch: Manchester City vs Manchester United will be televised live in the UK on Sky Sports Premier League with kick off at 18:30 GMT.