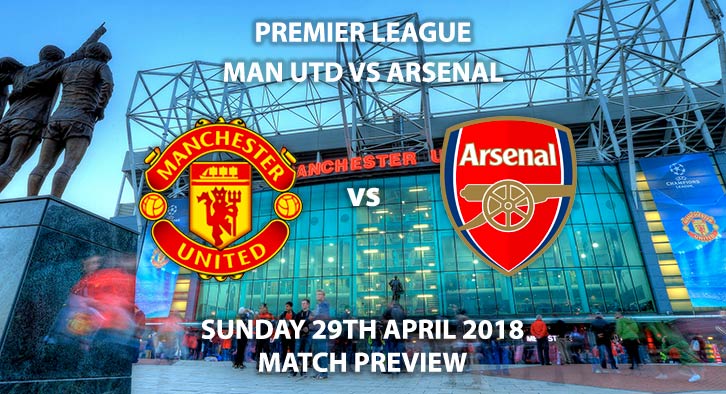 The vicious rivalry of yesteryear has dimmed in recent times, leaving this once massive date in the English football calendar looking rather insignificant amid the greater scheme of things. That is the case more than ever this season.

United are coasting in second place, unlikely to be caught by those below, and with their sights set on lifting the FA Cup final next month.

That could be key to their motivation this weekend. Manager Jose Mourinho has complained about his players’ inability to perform at a consistently high level this year and will be demanding they can continue where they left off while knocking Tottenham out of the Cup last Saturday.

Many felt the 2-1 comeback at Wembley United’s most complete, exciting display of the season and their Portuguese coach will expect them to retain the momentum gained.

Arsenal, meanwhile, are sixth in the table, with only the threat of being overtaken by Burnley to keep them on their guard.

Battling off the pitch to dispel rumours Wenger is being forced out by the board – rather than it being a mutual decision, the players have responded well in the two games since his departure at the end of the season was confirmed.

They thumped West Ham 4-1 at the Emirates last Sunday, and then played even better in the home leg of their Europa League clash with Atletico Madrid.

Unfortunately, they were not as ruthless in front of goal, though. They scored once from 27 shots – and then allowed ten-man Atletico to snatch an undeserved late equaliser and 1-1 draw.

With the semi-final tie so evenly poised – and the second leg in Madrid looming large four days after the United game – Wenger is likely to ring the changes and field a virtual second-string line-up.

Which hardly bodes well for any sort of upset on Sunday.

United are very strong on their patch this term. They have lost only three of 24 in all competitions, winning 19 of those.

You could argue Wenger’s reserves cannot do worse on the road than his regulars. Arsenal have not taken a point on their travels in 2018. They have won only three times in 16 away league games, losing a nightmare nine.

Arsenal have not won in the league at Old Trafford in ten attempts. They last won there in September 2006. However, they have drawn two of their last three at United.

Scorers: Alexis Sanchez is beginning to deliver. He followed two assists in the 3-2 derby win over Man City with a goal in last weekend’s FA Cup semi-final win over Spurs – his second in four games.

Pierre-Emerick Aubameyang, cup-tied in the Europa League, seems certain to lead the Arsenal line. The Gabon striker has scored five in his last seven appearances.

Referee Kevin Friend has shown 40 yellows in 18 league games this season, an average 2.2 per match. He is yet to show a red card.

Manchester United vs Arsenal will be televised live in the UK on Sky Sports Premier League HD with kick-off at 16:30 GMT.