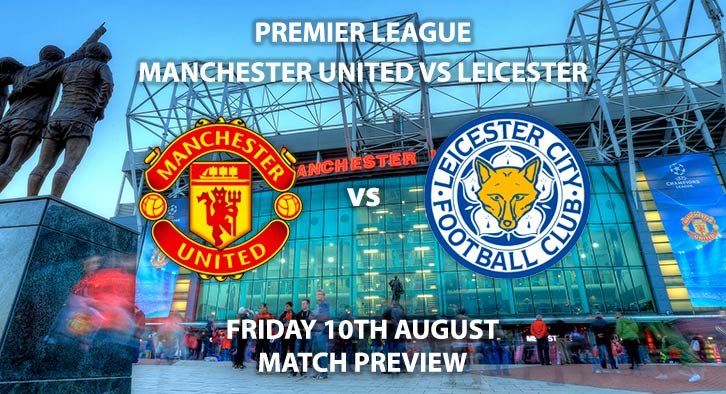 After a season of watching their noisy neighbours dominate the league, Jose Mourinho will be desperate to restore United’s pride. In truth, their pre-season preparation has gone as smooth as possible. With the transfer window shortened and the World Cup taking away valuable negotiation time, it’s clear that Mourinho isn’t happy with his squad. They are still in the market for a centre-back, having chased various options through the summer. England hero Harry Maguire was the subject of two reported bids, one totalling up to £60 million. Toby Alderweireld and Jerome Boateng were also both been linked with a move to Manchester, but United were unable to secure any defensive reinforcements.

At the other end of the field, the future of Anthony Martial remains unresolved. The Frenchman has lost his way under Mourinho and it remains to be seen if he will rediscover the form that made him so popular in his debut campaign.

Leicester’s main aim this summer has been to replace Riyad Mahrez after the Algerian finally moved to Manchester City. Former Norwich City playmaker James Maddison has been drafted in to help fill the void. They have also rebuilt their defence, with some much-needed younger additions. Jonny Evans is likely to partner Maguire in the centre, whilst Ricardo Pereira is a major coup at right-back. Leicester have done some good business, for very good money.

My only concern is that once again it appears the goal-scoring burden will be left on Jamie Vardy’s shoulders. It remains to be seen who will provide the goals if the Englishman endures a lean spell in front of goal. That being said, Foxes fans will be hoping to see more from Kelechi Iheanacho this season. The Nigerian struggle last year after missing pre-season but should be fully fit and ready to show why the owners forked out £25M last summer.

Leicester proved tough opponents for Arsenal, when they opened the 2017/18 campaign, losing 4-3. With a number of World Cup stars just returning to Manchester United’s squad, it’s hard to predict how sharp they will be.

I still think that United will win, but it could be a lot closer than some may expect.

Manchester United vs Leicester City will be televised live in the UK on Sky Sport Football with kick-off at 20:00 GMT.

Odds and markets last updated on Friday 10th August 2018 @19:40 GMT. Markets maybe updated prior to kick off so keep checking back – we will update the time for when the tips were last updated when doing so.